It’s Not a Dream–It’s Possible

The working class has its historians too. Sometimes in the great debates about historical changes you miss the voices of people describing ordinary lives. After all, the sweep of history is as much about experience, about living through things, as it is about forces and events that shape us. In his great study ‘The Making of the English Working Class’, EP Thompson’s preface was far reaching in its modest comment that ‘I do not see class as a “structure”, not even as a “category”, but as something which in fact happens in human relationships… The relationship must always be embodied in real people and in real contexts.’ The great American commentator Studs Terkel was probably born around the same time as Thompson and, from a very different background, he’s spent a lifetime exploring those relationships.

The 1990s have been an era of autobiography. Only very rarely do writers of their own stories tell them as typical, as representative. Mostly, in a postmodern individualistic age, the anxiety is to make yourself unique and separate. At best you can have a group of individuals, like the cast of ‘Friends’, huddled against the world. Studs Terkel’s ten books of interviews and conversations with ‘ordinary’, mostly working class, Americans gather together narratives that are both deeply personal, special and particular, and typical of many lives.

What’s important is that the great recognisable truths are not limited to a very few experts professionally trained to discover the laws of the universe. They’re to be found just as much in the insights of people who have discovered them through the business of living, working, struggling and dying.

In the early 1950s Studs started his own television chat show–‘Studs’ Place’–but he was a man of the left, and was quickly driven off the small screen by the witch-hunters of Joe McCarthy’s House Un-American Activities Committee. He moved to radio, and started the weekly interview and music show that was eventually beamed from Chicago throughout the US. Out of those interviews came his wonderful oral histories–‘Hard Times’, for instance, narrated the history of the Depression years. Its impact wasn’t demoralising, though, as you might have expected. On the contrary, this chorus of voices produced a story of struggle, resistance and all kinds of heroism–not the sort that’s marked by garden parties at the palace, of course, or Purple Hearts on the White House lawn. These were the exploits of people who refused to be reduced to human debris, to sacrifice themselves, their loved ones or their comrades on the altar of capital.

Together these many stories make up the portrait of a class–and a rich, diverse and inspiring image it is. American Dreams looked at the myth of the American way of life, or rather at its lived reality. There are dozens of speakers–some famous, others unknown. Each contribution has the same weight. And they are all beautifully summed up by one of his informants, a working class mother of nine: ‘I don’t like the word “dream”–I don’t even want to specify it as American. I’m beginning to understand that there’s a human possibility. That’s where all the excitement is. If you can be part of that you’re aware and alive. It’s not a dream, it’s possible’.

Of course the rulers of the US simplify and reduce that rich and complex possibility to the formulas of good and evil, them and us. Interviewed shortly after 11 September, Studs Terkel, at the age of 89, responded on behalf of the hundreds, thousands perhaps, who have shared their lives and thoughts with him over the years: ‘Peace is indivisible, the world is one, and we are not the invincible guardians of the world we once were. For the first time we have been touched, and other people have been touched in different ways. Unless we learn what it is to be that bombed child, wherever that place is–whether it be Vietnam or Iraq or wherever–we have learned nothing.’

It might seem strange that a man who has traced the shared map of the 20th century should begin the 21st with a book about death–‘Will the Circle be Unbroken?’ Yet it is anything but a morbid book. It’s a celebration of 63 people–many of whom he’s accompanied through the years–a retelling of their lives out of respect for their strength and pride. It’s a million miles away from the so called ‘reality’ shows that induce the most vulnerable people to speak about their lives as a kind of freakshow where they can be demeaned and treated with contempt. Studs Terkel enables others to speak, and in doing so reminds us that, as Marx said, ‘although not in circumstances of their own choosing…it is human beings who make history.’ 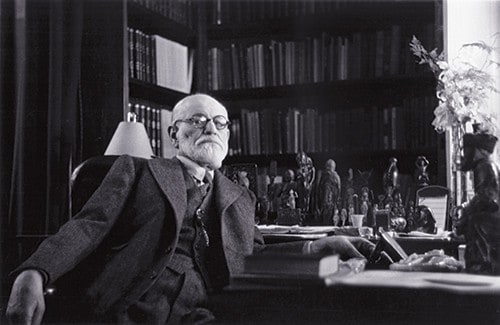 In defence of Freud's innovation

Tony Cliff: a Marxist for his time