John Paul II celebrated his 25th anniversary as pope by beatifying the reactionary Albanian nun Agnes Bojaxhiu. Better known as Mother Teresa of Calcutta, she was an outspoken critic of abortion and contraception. Her beatification, the penultimate step on the way to sainthood, has taken place at surprising speed even in the context of the ‘saint factory’ that is the contemporary Vatican. Coming only six years after her death, it is the latest in a series of controversial bids by a dying John Paul II to stamp his ultra-conservative legacy on an increasingly scandal-ridden church.

Aroup Chatterjee, a Calcuttan by birth and atheist by conviction, migrated to Britain in 1985 to work as a doctor. It was here he first became aware of Mother Teresa and the fantastical claims made about her work among the destitute of Calcutta. Stung by the depiction of the city of his birth as a living hell of pestilence and destitution promoted by the ‘living saint’ and her devotees, he set out to uncover the truth behind the Mother Teresa myth.

The book charts her rise from obscurity, championed by the CIA stooge and anti-Semitic TV personality Malcolm Muggeridge, to international media icon and charity cash cow, ending with an examination of the controversial miracle upon which the beatification was based. Along the way Chatterjee casts doubt on her suitability as a candidate for sainthood, uncovers the unholy alliance that led to her receipt of the Nobel Prize, and reveals the brutal ideology that dominated life in the few homes for the poor run by the order she established. He also finds time to mount a robust defence of Calcutta and its citizens, placing Teresa’s meagre efforts in direct comparison with those of the various indigenous charitable organisations and the municipal authorities.

The most affecting passages are those devoted to the testimony of the volunteers, including Chatterjee himself, who worked in the homes run by the Missionaries of Charity in Calcutta. Particularly harrowing are the descriptions of daily life in Nirmal Hriday, a home for the dying in the Kalighat district. In spite of the millions Teresa raised, the provision of medical staff for the hospice was left to the provenance of god, depending on whatever skills a group of volunteers possessed. Even when the appropriate staff were available routine malpractices, like reusing unsterilised needles and confining patients to their beds for hours on end, continued. One is left with an impression of an institution closer to Camp X-Ray than a ‘monument to human dignity’ or ‘byword for care and compassion’. Considering that Nirmal Hriday was a frequent stop-off point for the hordes of foreign dignitaries who flocked to see Teresa, it is surprising none of them noticed.

Perhaps the weakest element of the book is in its analysis of Teresa in the context of the ideological struggles within the Catholic church. Over the course of her lifetime the church was a theological and at times literal battleground, but the treatment of her role is limited. For instance, liberation theologist Archbishop Oscar Romero, murdered while celebrating mass in El Salvador, does get a brief mention, but the opportunity to contrast Teresa’s elevation of poverty to the status of virtue with his ‘option for the poor’ has been spurned.

While not quite being the last word suggested by the title, The Final Verdict is a valuable contribution to unmasking the real Teresa. 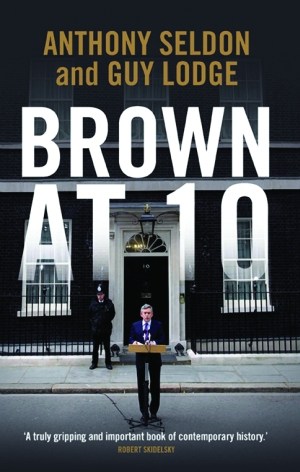