This article is over 5 years, 2 months old
American novelist, journalist and socialist Jack London died 100 years ago. Dave Gibson outlines his passionate activism for workers' rights and his political novels, as well as the contradictions in his work.
By Dave Gibson
Downloading PDF. Please wait...
Monday 31 October 2016

When Jack London died on 22 November 1916 he had been one of the best known American socialists. His fame was built on both the realism of his novels and his socialist journalism and public speaking.

By the time he joined the Oakland Socialist Labour Party in 1896 aged 20, he had been a sailor, a tramp, an oyster-pirate, had worked in factories and had been jailed for 30 days as a vagrant. London poured his experience of working ten-hour shifts in a cannery as a 15 year old into his short story The Apostate, which describes how capitalism’s exploitation of child labour destroys both childhood and the family. So powerful was it that it was reprinted as a socialist pamphlet.

In 1901 London joined the Oakland branch of the newly-formed Socialist Party and was twice the Socialist candidate for mayor. Before then he had headed to the Klondike in the 1897 Gold Rush, an experience which stimulated much of his writing, most famously the novel Call of the Wild.

Then in 1902 he spent three months in London’s East End researching what became The People of the Abyss, in which he described “the economic degradation of the poor”. In one chapter London describes walking with a carter and a carpenter, two men physically broken by decades of hard work. He watches them “picking up…orange peel, apple skin…stray crumbs of bread” which they “chewed and swallowed…in the heart of the…wealthiest and most powerful empire the world has ever seen.” The book is full of such damning detail, backed up by thoroughly researched statistical evidence of inequality and injustice explaining how the capitalist system creates the poor and destitute.

Over the next few years the Socialist Party grew in size and influence. In 1905 London both supported the Russian Revolution and helped launch the Intercollegiate Socialist Society, touring the country lecturing to students on socialism. He campaigned successfully in 1906 for the dropping of the charges of conspiracy to murder against Big Bill Haywood and two other leaders of the Western Federation of Miners. His article “Something Rotten in Idaho” rips into the real conspiracy — that perpetrated by the mine-owners and the state legal machine against Haywood and his comrades.

His most political novel, The Iron Heel, was published in 1908. It describes how an oligarchy of American capitalists called the Iron Heel crush trade union and socialist resistance between 1912 and 1932. As one of the capitalists says, “We will grind you revolutionists down under our heel…the world is ours…and ours it will remain.”

The main text purports to be a manuscript written by one of the early 20th century revolutionaries and found four centuries after “the final triumph of socialist democracy”. In 1937 Trotsky wrote of the novel, “London is an optimist…a penetrating and farsighted one,” because the terrible defeat described in the novel is met by continued resistance and ultimate victory. The novel dramatises both the debate between reform and revolution and the rise of fascism.

The main hero, Ernest Everhard, swings from hoping “for a peaceable victory at the ballot box” to recognising the need for the revolutionary overthrow of capitalism. He is unable to convince the bulk of socialist leaders of this argument and the forces of the Iron Heel crush democracy and the forces of socialism.

Everhard’s shift mirrors that of London. He learnt from the suppression of the 1905 Russian Revolution the ruthlessness of the ruling class. He later wrote, “History shows that no master class is ever willing to let go without a quarrel” and will use governments, armies and militias to keep power. He opposed the growing reformist tendencies in the Socialist Party.

There are major weaknesses in his thinking and writing. He clung to white supremacist ideas through most of his life, frequently being openly racist, both in his novels and in articles. Yet in his oft-quoted 1905 speech, “Revolution”, he could say, “The comradeship of the revolutionists passes over geographical lines [and] transcends race prejudice.”

Similar contradictions occur elsewhere in his thinking. He initially welcomed the 1911 Mexican Revolution writing to the “dear brave [Mexican] comrades” “we…are with you heart and soul in your efforts to overthrow slavery and autocracy.” His short story The Mexican captures that spirit of solidarity. But by 1914 he backed American aggression against Mexico. In 1913 London wrote, “Down with the army and the navy. We don’t need killing institutions.”

The Socialist Party opposed the First World War as “a bloody and senseless conflict” caused by “imperialist and commercial rivalries,” and this view was confirmed in a September 1915 membership ballot. Yet London was enraged by this and supported the Allies’ war against Germany. Subsequently, in March 1916 he resigned from the Socialist Party and died months later aged just 40.

Notwithstanding deep flaws in his thinking, the best of his writing — whether describing the evils of capitalist society or resistance to it — is still worth socialists reading.

Proclaiming the end of slavery

US Elections: Nader the Twain Shall Meet 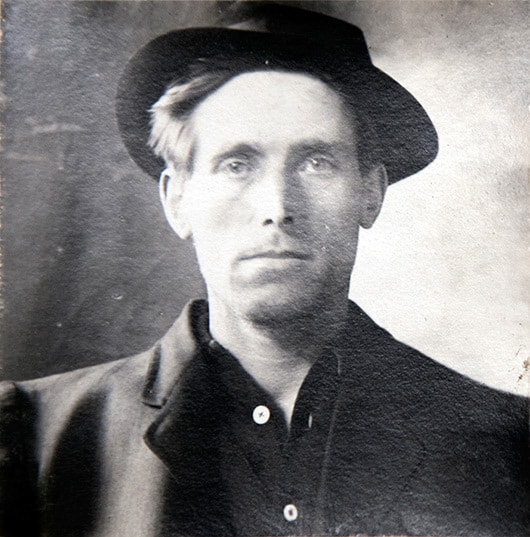