This article is over 11 years, 3 months old
It was difficult not to take an instant liking to Joe Bageant.
By Patrick Ward
Downloading PDF. Please wait...
Sunday 01 May 2011

Soon after Barack Obama won the 2008 presidential elections, Socialist Review called him up for his opinion on the matter: “I always say that if Obama was delivered to the White House with Jesus Christ, a five-piece band and six gilded seraphims holding up his fucking balls he still won’t be able to do anything because the country’s broke and Congress is bought and sold.”

It was with that one long, angry sentence, I became an admirer of this “redneck revolutionary”.

Joe’s wit tore through the fog of myth which surrounds the poorest working class people in the US. For Joe, they weren’t the lazy, stupid caricatures drawn by the establishment media and politicians. They had a heart, but they had been used up and forgotten by capitalism.

His first book was Deerhunting With Jesus. This explored the country’s “forgotten underclass” – people who worked flat-out for a few measly dollars, and who were kept in ignorance by a chronically underfunded education system.

“It is a class thing. If your high-school drop-out daddy busted his ass for small bucks and never read a book and your mama was a waitress, chances are you are not going to grow up to be president of the United States, regardless of what your teacher told you. You are going to be pulling down eight bucks an hour at shift work someplace and praying for overtime to pay the heating bill.”

He followed this with Rainbow Pie. This was his “memoir of redneck America”. His stories of growing up on the homestead in the 1950s brought up wider issues – primarily how farming communities crumbled as corporations seized and controlled the farmland they had cultivated for generations. People flocked to the cities in their millions to find work. Now these communities are forgotten by the government, ridiculed by elitist liberals and exploited by the religious right.

Joe joined the US Navy when he was 15, having lied about his age. A few years later he was “a hippy living in a school bus”, where he enjoyed LSD – donated by a friend who was being administered the drug as a “treatment” for his homosexuality. He started to write articles for underground newspapers. Soon, he was reporting on the counterculture for magazines like Time and Newsweek.

He went on to Boulder, Colorada, where he lived with a community of hippies in the mountains. He worked at a carwash so that he could afford trips to cover stories. It’s around this time that he spent a lot of time with other countercultural giants, such as Hunter S Thompson.

After this, Joe spent much of his time working on magazines, while all the time turning out the op-ed columns. Later in life, Joe hosted a popular blog. This was how he channelled his rage against the system – and his website’s popularity showed that the rage wasn’t all his own.

Joe lived in Mexico in more recent years. He found a loving community of people who looked out for one another. Despite the popularity of his books, and even a planned drama series based on his work on the HBO network, he lived on just $10,000 a year. He would put the rest of his earnings into helping the communities he lived in and loved.

Joe was, in my mind, one of the greatest gonzo writers since Thompson. He spoke truths with the anger of millions. As broadcaster Steve Austin put it, he was “the Woody Guthrie of the typewriter”.

Joe died on 26 March after a four month battle with cancer. But his illness didn’t dull his passions. He was hugely inspired by the student revolt here in Britain late last year.

Even towards the end, Joe enjoyed the beauty of life, the warmth of strangers and a wild morning out. I received my final email from Joe last November. He told me that his health was going downhill – only to follow that with a story about a trip into the mountains he’d made at dawn that morning with some Mexican cowboys. They’d milked cows into tin cups containing 200 proof rum, coffee and bitter chocolate. “Fortunately, the horses know the way home,” he said.

Joe will be missed, but his work will be remembered. He didn’t only give the poor a voice, he gave them back their history. 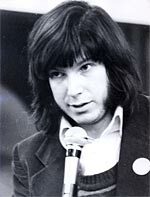 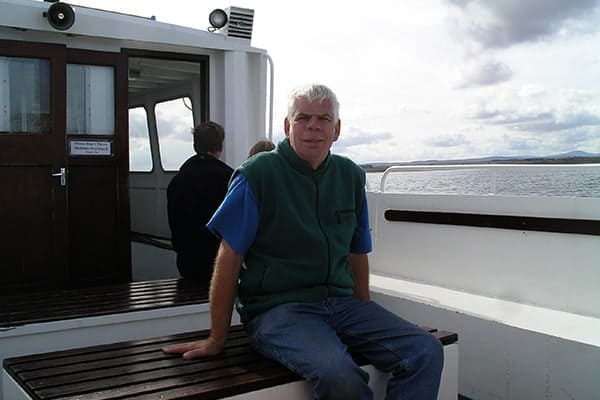