The mythic status of union organiser, songwriter and class warrior Joe Hill has tended to obscure the truth about the man himself and the times in which he lived. It is to the great credit of the author Franklin Rosemont, sadly now deceased, that he mounted this definitive account of the life and achievements of Hill.

At over 600 pages the sheer amount of detail can weigh very heavily upon the reader if read chronologically. It is best read as an anthology, in which Rosemont has broken down the story of Hill and his long time affiliation with the legendary International Workers of the World (IWW, also known as the Wobblies) into smaller, highly readable chapters, exploring, among other subjects, Hill’s attitudes towards race, gender, crime, religion, nature, but most especially the arts.

As a songwriter, Hill was a proselytiser par excellence. His magnificent songs and his contributions to the IWW’s Little Red Songbook are discussed at length, as is the infamous murder case which took the life of Hill in 1915. On this crucial point Rosemont is unequivocal: “It was for the ‘crime’ of belonging to the IWW that Hill was tried and condemned.”

The wealth of information uncovered by Rosemont is a veritable treasure trove about a period of US history that even in this supposedly information-glutted age remains little known. Rosemont’s background as a writer on jazz and the visual arts is a perfect fit for the tempestuous interwar struggles of the workers against the bosses, and the crucial role the Wobblies and their “One Big Union” played in these battles. He brings his sharp prose to bear on everything from strikes in Utah copper country to the links between the Wobblies and the Beat Generation of the late 1940s/early 1950s.

Among the most fascinating chapters is one about the IWW’s early opposition to Stalinism. Entitled “Contributions to a Critique of a Comical Party”, it is a brilliant analysis of the IWW’s stance on the US Communist Party, which Rosemont describes as “one of the worst things that ever happened to the US labour movement”, but it also points to the various groups with which the IWW did work closely, notably anarchist and Trotskyist groups of the time, such as the Proletarian Party and the Young People’s Socialist League.

A book this extensive also throws up dozens of extraordinary artists, activists and scholars, most of whom have previously been excluded from the annals of history: artists such as Ralph Chaplin and Carlos Cortez, poet Laura Tanne, writers T-Bone Slim and Covington Hall, “eco-socialist” author Eugene Barnett and “Rebel Girl” Agnes Thecla Fair.

Published on the centenary of Joe Hill’s tragic death, Franklin Rosemont’s final work is a vast and invigorating experience that revives the life of a man and a union whose words and deeds continue to inspire activists and revolutionaries all over the world today.

The Women’s Suffrage Movement in Edinburgh 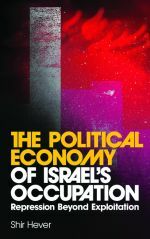 The Political Economy of Israel's Occupation 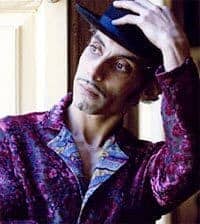 Kad Achouri: ‘I understand why people feel forced into violence’