Many of Berger’s obituaries have referred to him as an “art critic”, but Berger himself hated that description, and it is far too narrow a description of the scale and fecundity of Berger’s work. He is probably best described as a “cultural freedom fighter” — a brilliant and innovative writer across the genres of the novel, film and TV, criticism, theory, photo journalism and poetry.

The first time I read anything by Berger was on the famous march against the Vietnam War on 27 October 1968, when I was handed a double page leaflet entitled “The Politics of Mass Demonstrations”. Berger’s message was typically militant (if over-optimistic): “the truth is that demonstrations are rehearsals for revolution…rehearsals for revolutionary awareness”. Right on, John.

In late 2015 at the British Library, I saw Berger speak for the first and only time. It was the moment when the agony and hypocrisy of the “refugee crisis” was at its height and someone asked Berger for his opinion. He sat with his head in his hands for a very, very long time, before expressing his total solidarity with refugees and insisting that the tradition of hospitality towards strangers was one of the defining human qualities. Right on, again.

As these two encounters 47 years apart confirm, Berger, unlike so many casualties of the 1960s, never abandoned his socialist principles. He once wrote that all that interested him in his own life were the things he had in common with other people. By contrast, as he said in Ways of Seeing, “capitalism survives by forcing people to define their own interests as narrowly as possible.”

The art establishment could never forgive Berger for this. A momentary dalliance with radicalism is just about forgivable, but to be a public intellectual with a life-long commitment to a revolutionary brand of class politics is just not the done thing.

Hence the snide and pusillanimous obituaries for Berger that appeared in virtually every newspaper — especially, of course, the house journal of right wing hipsters, the Guardian. They hated Berger because his approach to art represents a threat to their very existence.

The central conundrum of art criticism is easily put: there is no objective way to define what good art (indeed arguably any art) is. On my wall I have a print by Kazimir Malevich alongside some drawings done by my four year old granddaughter Esther. I cherish them both, but one is considered “art” while the other is “scribble”. By what criteria can we make the distinction?

In the past, artistic technique offered a potential criterion — did this painting look like real life as we see it? But the introduction of photography and the subsequent ricochet from artists into impressionism, abstract and conceptual art has made that redundant.

Another obvious — and commonly held — way to judge art is to let market forces decide. Here art is defined by its price at auction — so Van Gogh is clearly a great artist because a Japanese investment bank is willing to pay $50 million to keep his work in their vaults. But Van Gogh didn’t sell a single painting in his lifetime — so presumably only once the money-boys took an interest did Vincent become an “artist”.

This is a very convenient and profitable model for the art establishment, and they would never forgive Berger for evolving a theory of art which told the world that the art mafia is actually just “the cultural hierarchy of relic specialists”.

In his preface to Portraits, Berger put it this way: “To call somebody an art critic was an insult. An art critic was somebody who judged and pontificated about things he knew little or nothing about. He wasn’t as bad as an art dealer, but he was a pain in the arse.”

Berger became a Marxist during his national service in the 1940s, but the problem for radicals like him was that what called itself Marxist art criticism was hopelessly corrupted by the virus of Stalinism. Berger called it “pseudo-Marxist mystification” and Stalinist aesthetics were little more than a projection of the interests of the Russian ruling class, indeed often little more than an intellectualisation of Stalin’s own vulgarian tastes. So Berger had to re-invent his own language of seeing.

The standard model of art is usefully summarised in the famous BBC TV series Civilisation, written and presented by Sir Kenneth Clark in 1969. This was a lavish and grotesquely expensive 13-part series shot in 130 locations involving 80,000 miles of travel (all in Europe). In it Clark judged and pontificated about how civilisation is defined by a succession of God-gifted geniuses who produced works that Clark found “tasteful” and “eternal”. It was simply taken as a given that “civilisation” was wholly based in Europe, and it was an equally unchallengeable fact that all the Great Masters were white men.

Berger had trained not as an art historian but as an artist. Two dissident Marxists, Frederick Antal and Max Raphael, were particularly important in framing Berger’s outlaw Marxism.

Berger totally rejected Clark’s patrician Great Masters approach to art. As he wrote in 1978, “to treat art history as though it were a relay race of geniuses is an individualist illusion, whose origins in the Renaissance corresponded with the phase of primitive accumulation of private capital”.

In 1972 with barely a fraction of the budget available to Clark, Berger was given the chance produce his kickback to Civilisation and the result was Ways of Seeing. For copyright reasons this has never been available on DVD, but all four episodes are on YouTube.

In the contrast between these two TV series we can get a better focus on the shape and power of Berger’s ideas.

1. Clark devoted one of his programmes to slobbering over Gainsborough’s Mr and Mrs Andrews on their Country Estate (the painting is in the National Gallery). Clark — who inevitably lived on a country estate of his own — thought the painting to be “enchanting” and “Rousseau-ist” in the idyll of country living it portrayed. Berger would have none of this: “They are not a couple in nature as Rousseau imagined. They are landowners and their proprietorial attitudes to what surrounds them is visible in their stance and their expressions.”

Taking his cue from Antal, Berger insisted that each artwork had to be approached in its social and historical contexts — and those contexts included now as well as then.

2. The second frontal challenge to Clark was over his passion for the “nude”. This had been the subject of Clark’s most famous book. He saw the (female) nude as the embodiment of an asexual aesthetic perfection.

Again Berger would have none of this. He says straight to camera, “Kenneth Clark says being naked is simply being without clothes. The nude for him is a form of art. I would put it differently: to be naked is to be oneself, to be nude is to be seen naked by others and yet not recognised for oneself. A nude has to be seen as an object in order to be a nude.” Art is a commodity, women are objectified for the purposes of male “art lovers” and the voices of the objectified are stilled and suppressed by the standard model.

Immediately after delivering that smackdown, Berger stands aside, lights a cigarette and a group of women take over the studio. True to his word, Berger lets women’s voices express their own ways of seeing things.

3. That moment of openness — or “hospitality” — sums up another key part of Berger’s approach. For Clark and the art establishment, art is, and always has been, an elite activity. Art might be painted by an illegitimate son of a peasant woman like Leonardo da Vinci, but the patrons of art and the custodians of its aesthetic value are always the upper classes. Clark’s very notion of “civilisation” reeks of the kind of sensibilities and “refinement” that only the well-bred and their expensive private education could possibly attain.

This was anathema to Berger. For him “the real question is to whom does the art of the past properly belong?” This is not a matter of aesthetics but a matter of class power because “if the new language of images were used differently it would confer through its use a new power.”

In one important sense Berger won the TV culture war. With Brian Sewell safely dead there are today very few of the Clark Old School relic specialists still hanging around. But this represents no victory for Berger’s ideas. Clark’s reactionary High Tory aesthetics have had their day, but in its place we have the neoliberal aesthetics of leadership-trained designer-dressing “cultural entrepreneurs”.

Berger didn’t just want to brighten or open up galleries; he didn’t just want to democratise and widen art theory; he saw these as essentially “narrow professional issues”. Berger wanted to transform our understanding of art as a way to change the world:

“A…class which is cut off from its own past is far less free to choose and to act as…a class than one that has been able to situate itself in history. This is why — and this is the only reason why — the entire art of the past has become a political issue.”

In essence Berger saw an understanding of art, like marching in a mass demonstration, as “a rehearsal for revolutionary awareness.”

The final word on Berger should fittingly come from his own writing. It was written on the death of Antal, but it sums up everything I feel about John Berger: “Art for him was not an ‘interesting’ field to be excavated: it was a revolutionary activity. Facts were weapons unearthed from the past to be used in the future.” 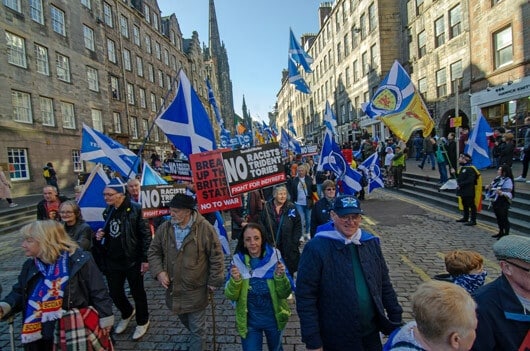 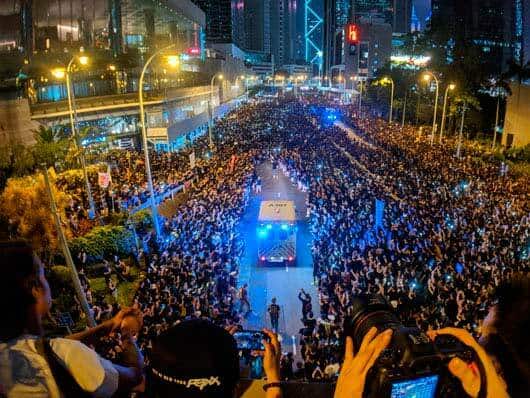