This article is over 13 years, 1 months old
John Saville, who has died aged 93, was a towering figure in the fields of Marxist and labour history, and in the British labour movement and the left, for more than seven decades.
By Keith Flett
Downloading PDF. Please wait...
Wednesday 01 July 2009

His enduring legacy may well be the volumes of the Dictionary of Labour Biography that he edited, detailing the lives of many of the women and men who were active in the labour movement from the late 18th century.

Only someone with an extensive knowledge of the movement as a participant could possibly have embarked on such a project.

Saville joined the Communist Party (CP) in 1934 while studying at the LSE and was among anti-fascist students at the Battle of Cable Street. On graduation he worked for the CP as London student organiser and on two occasions took letters for the CP into Nazi Germany.

He briefly took a job as an economist with British Home Stores but from 1940 he served in the Second World War. As a Communist, but against the advice of the CP, he repeatedly refused to be a commissioned officer but still rose to the rank of sergeant major. He saw service in India from 1943 to 1946 where he acted as a go-between with Indian Communists and the British CP.

While in Bombay he led an intervention of CP soldiers in the Soldiers Parliament, causing an anti-imperialist motion to be passed and the closure of the parliament by senior officers. A certain military bearing and booming voice never left him, although it may be that his intellectual confidence owed rather more to his LSE years.

A member of the CP Historians Group after the war, Saville’s first major work, an edition of some of the writings of Chartist leader Ernest Jones, appeared as early as 1952. In 1954 it was Saville who edited a volume in honour of the effective founder of the group, Donna Torr, called Democracy and the Labour Movement.

In 1956 Saville, with EP Thompson, was one of the leaders of the opposition in the CP following the Hungarian Revolution. The pair edited a journal, The Reasoner, later the New Reasoner, which was frowned upon and then banned by the CP. They left and became part of the founding group of the British New Left in the late 1950s.

Saville, however, did not participate significantly in the foundation of New Left Review in 1960. Rather he edited an annual publication, The Socialist Register, from 1964 with the Marxist theoretician Ralph Miliband. The Register, which is still published annually, became a forum for left wing discussion and debate.

Saville did not join another party after he left the CP, being sharply critical of both his former party and the Labour Party. Neither was he particularly attracted to the Trotskyist movement, although in later life he worked well with historians and activists associated with the Socialist Workers Party, particularly in the northern Marxist Historians Group.

He taught at Hull University for many years, from 1947 when he was 31, and lived in the city. His friendly relationship with the university’s librarian, the poet Philip Larkin, led to Hull becoming an excellent resource for labour history. Saville endeavoured to tutor activists who were participants in the labour movement, for example John Prescott.

His academic output was not restricted to the ten volumes of the Dictionary of Labour Biography he was associated with from 1972 to 2000. He wrote economic history, mostly focusing on 19th century Britain, and in 1958 he was one of the founders of the still continuing Society of Labour History, for which he was a vice-president at the time of his death. With Asa Briggs he edited three volumes of Essays in British Labour History (from 1960) and went on to publish books on the crisis of the British state (1987), and on the impact of imperialism on the foreign policy of the 1945 Labour government (1993), among numerous other writings.

He was a consistent anti-imperialist and opponent of British military adventures. For example, he demonstrated that while the 1960s Labour government of Harold Wilson did not join in the Vietnam War it made British bases in the far east available to US troops, thereby providing help in kind.

He was a great encourager of socialist historians, but a firm believer in friendly but robust and critical advice. I persuaded him on several occasions to speak at the Institute of Historical Research in London, on the subject, so I hoped, of the Communist Party Historians Group. Saville rightly, however, was always far more interested in what could be done to promote the practice of socialist history in the here and now, and that was indeed what he spoke about.

Saville sometimes referred to Karl Marx’s favourite adage, “De omnibus dubitandum” – “Doubt everything” – but also favoured the words from early editions of The Reasoner, “To leave error unrefuted is to encourage intellectual immorality.”

Saville published his own memoir in 2003. It stands as a fascinating record of achievement in both Marxist scholarship and political activism.

Obituary: A Man of Distinction 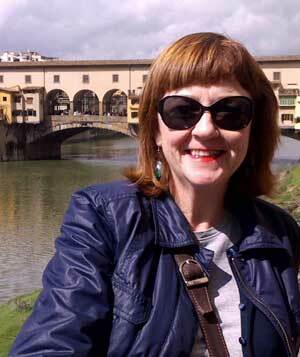