This article is over 10 years, 8 months old
On tour
By Phil Mellows
Downloading PDF. Please wait...
Sunday 01 May 2011

How do you swallow a war? You dilute it with long, dull slugs of peace. In fact, war is frequently so boring that soldiers long for the fighting to start. Their time is filled with the mundane. Call it a kind of humanitarian intervention.

Journey’s End opens with a prolonged inspection of a sock. An officer holds it to a candle, viewing it from every angle, barely glancing at Lieutenant Osborne, the officer who has joined him in the First World War dugout. Osborne is fond of quoting Lewis Carroll: “‘The time has come,’ the Walrus said,/ ‘To talk of many things:/ Of shoes – and ships – and sealing-wax – / Of cabbages and kings’.” In other words, don’t mention the war.

The denizens of the dugout in which this play is entirely set talk of many things. They chatter and gossip and banter, discuss the athletic abilities of the cockroaches that share their home, obsess about the food.

Second Lieutenant Trotter, the professional soldier among them, is especially good at that. Mason, the cook, is railed at for running out of pepper: “War is bad enough with pepper. Without pepper it’s…bloody awful.”

Trotter’s pause is telling. For a moment he thinks of the war, the war without the pepper of everyday trivia. A war that’s unspeakable. There is another stratagem for peppering the war. Captain Stanhope, a 20 year old military prodigy, numbs the pain with drink. In fact, the only way he can do what he does is by being constantly drunk.

R C Sherriff, later to make it as a screenwriter on films from The Invisible Man to The Dambusters, wrote Journey’s End in 1928, based on his own experience in the killing fields of France. There has hardly been a sharper observation of life in the trenches.

Sherriff has been criticised for only writing about the officers, who must have had it easy compared to the ranks. It’s a fair criticism and one Sherriff suggests that he agrees with by having a heroic young officer join the men for bread and cheese rather than stay for the chicken, champagne and cigars in the officers’ mess. Still, even the officers are palpably gripped by fear, the horror threatening to erupt out of their conversations in a way that apparently inspired Harold Pinter.

Another criticism is that Journey’s End doesn’t analyse war. It merely describes it. But that doesn’t mean it isn’t anti-war. When Osborne is sent on a pointless raid on the German trenches he quietly, yet plainly, calls it murder.

Having said that, this production cops out with a final, sentimental tableau of remembrance. It should have ended a couple of minutes sooner. The officers in the dugout have been waiting for the German offensive of 21 March 1918. When it comes the stage is empty but the theatre is filled, the walls stretched, with terrible noise, the visceral din of war. On that day 38,000 British soldiers met their deaths.

That’s war without the pepper. 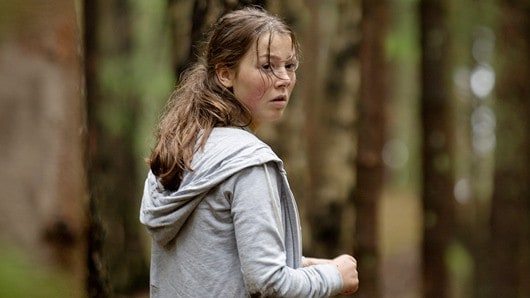