Kashmir: the poisoned legacy of partition

This article is over 2 years, 4 months old
The plight of the Kashmiris has long roots, stretching back to the end of Empire and the division of India after the Second World War.
By Joseph Choonara
Downloading PDF. Please wait...
Tuesday 03 September 2019

Kashmir is the most militarised region on the planet. An estimated half a million Indian security personnel police a population of about 7 million.

About 80,000 have been killed in an insurgency against Indian rule. From 2016, shotguns filled with lead pellets have been used for “crowd control”, deliberately fired to blind civilian protesters. Stories of torture, rape and abduction abound among the mainly Muslim population.

Kashmiris can, then, be excused their suspicions when India’s Hindu nationalist leader, Narendra Modi, in the name of protecting their wellbeing, suspended Article 370 of the constitution, which in 1949 established a limited autonomy for Kashmir. The declaration was accompanied by a shutdown of all telecommunications and the detention of local politicians.

As significant is the scrapping of Article 35A, which protected Kashmiri land ownership. A long-standing aim of Modi’s BJP party is to encourage Hindu settlement of mainly Muslim areas of Kashmir, transforming its demographics, and to allow Indian corporations to extend their tentacles into the region.

The agony of Kashmir is a legacy of the partition of the Indian subcontinent in 1947. British rulers had long used divide-and-rule tactics to undercut resistance to Empire. During the Second World War, as the dominant pro-independence political party, Congress, launched its Quit India campaign, the British came to rely more heavily on the Muslim League, which backed British war efforts. This strengthened its demand for a separate Muslim-majority state in post-war negotiations.

Congress leaders, increasingly conservative as independence approached, accepted partition, fearing that the alternative, a mass rebellion against the British that overcame communal divisions, could lead to it losing control of the situation.
In partition, millions found themselves on the “wrong” side of the border. Panic and communal violence followed — hundreds of thousands were killed, millions displaced. What emerged was a Pakistan dominated by powerful landlords and merchants, and an Indian state administered by a supposedly secular Congress Party, which, in practice, was prepared to flirt with elements of Hindu chauvinism.

Jammu and Kashmir, to give the state its full name, was ruled at the time of partition by a Hindu prince but had a Muslim majority. Its fate was unclear in 1947. As its ruler prevaricated, Pakistani guerrillas crossed the border, and Indian troops invaded to repel them. A line of control was ultimately established and a UN-sponsored plebiscite on the future of Kashmir promised. Kashmiris are still waiting.

Today Kashmir is divided between three nuclear powers. Azad (“free”) Kashmir to the north-west is controlled by Pakistan. Jammu and Kashmir, mostly Muslim with significant Hindu and Buddhist minorities, by India. Two smaller, sparsely populated regions to the north-east are Chinese controlled.

The insurgency in Kashmir is depicted in the Indian media as an outburst of Islamist terrorism sponsored by Pakistan. Historically, Kashmiris have had little truck with Islamism in this form. Islam in Kashmir tended to be of a mystic Sufi variety. Moreover, the most famous of Kashmir’s post-1947 leaders, Sheikh Abdullah, was, around the time of independence, publicly sympathetic to Congress’s aspiration for a secular India. While he also contemplated an independent Kashmir, he was wary of Pakistan, fearing it would block his plans for radical land reform.

It was repression that opened the door to Islamist militant groups, many cynically sponsored by Pakistan — cynical because by what right can the oppressive Pakistani state claim to uphold “freedom”?

Kashmiri journalist Hilal Bhatt, in the 2011 collection, Kashmir: The Case for Freedom, explains how in 1987 he organised under the banner of an electoral coalition, the Muslim United Front. When India rigged elections to marginalise this coalition, it pushed him and his friends towards the armed militants.

In the same collection, Indian author Arundhati Roy asks a woman at a pro-Pakistani rally in 2008 if she would really have more freedom under Pakistani rule. “What kind of freedom do we have now?” she replied, “The freedom to be raped by Indian soldiers?”

Genuine freedom for Kashmir seems some distance away. The failures of Congress, which ruled India for most of the post-1947 period, opened the door to Modi and the BJP. Modi’s rise has been premised on Hindu chauvinism. He is widely seen as complicit in the 2002 pogroms against Muslims in Gujarat where he was chief minister.

Not only that, but the US, once allied to Pakistan, has, since the Cold War ended, shifted its allegiance towards India, which is viewed as a more effective counterweight to China — not to mention a market of over a billion people. Last month Donald Trump declared Kashmir a “bilateral issue” for India and Pakistan. Boris Johnson followed suit.

The only meaningful solution for Kashmir is self-determination: its right to decide, free from external interference, where its future lies, with protections for religious minorities. This means unpicking the poisoned legacy of 1947. Kashmiri resistance can only be strengthened if there are renewed struggles by workers against their own corrupt, chauvinist and self-serving regimes in Pakistan and India. 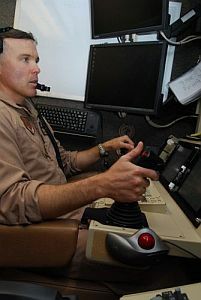