Ken Loach at the BBC

Today Ken Loach is an internationally feted filmmaker. But he was also once a prophet in his own country. Working with a generation of radicals, he excelled at what became known as the drama-documentary – a TV genre that was socially engaged, aesthetically experimental and politically influential. It made working class people the subject of public service broadcasting. This essential collection has many of the key works which now deserve the widest rescreening for their enduring relevance and artistic courage.

In 1965 Loach began contributing to the seminal, primetime Wednesday Play series. All concerned were keen to break the mould of studio-bound naturalistic drama. As Loach claims, they “wanted to make fiction in the streets”.

Three Clear Sundays dealt with the death-row experiences of a young man, and contributed to the ending of capital punishment in Britain. The End of Arthur’s Marriage is an experimental mix in which Loach himself appears as a documentary maker. Up the Junction portrayed three Clapham factory women at a historical moment of near full employment. One vivid scene of a backstreet abortion shocked viewers.

Cathy Come Home was watched by 12 million viewers in 1966. It is a fast-paced, heart-breaking tale of a young family made destitute. It provoked the establishment of housing charity Shelter. It also consolidated many of the new formal conventions that defined the drama-documentary genre.

Modern telephoto lenses flattened space and allowed distant close-ups. It was okay for characters to be lit in total silhouette as they spoke, or positioned with their back to the camera, or be only partially framed. The sound design involves a complex, overlapping montage of voices from known and unknown characters, as well as didactic statements direct to the listener. Loach explains in an interview included in this collection that he was influenced by Joan Littlewood’s theatre production Oh, What a Lovely War! in this respect.

The Big Flame tells the story of a dock workers’ strike that becomes an occupation. It spawned a short-lived left-wing group of that name.

The Wednesday Play ended in 1970 but Loach continued to get drama projects broadcast. The Rank and File is based on the actual Pilkington Glass work strike in St Helens, Lancashire in 1970. Workers fighting a management offensive find that they cannot rely on their union leaders – an unprecedented subject for mainstream drama.

The best in this box set is the long unseen quartet of feature-length period dramas, Days of Hope. They follow a Yorkshire farmer’s daughter, Sarah, her brother Ben and husband Philip as they endure the years from the end of the First World War to the 1926 General Strike.

This depiction of the 1921 Durham miners’ lockout from April to July and the national miners’ fight on pay and hours at the heart of the General Strike, had enormous resonance at the time of its broadcast in 1975.

Other sections in part two, which cover Ben’s involvement in the British army of occupation in Ireland, were equally intense because the Bloody Sunday massacre in Derry in 1972 was fresh in viewers’ minds.

We can see so many aspects of Loach’s subsequent cinema work in Days of Hope. The recurring depiction of workers’ intelligence and democratic processes unfolding in earnest discussions have echoes in Land and Freedom from 1995, and The Wind that Shakes the Barley from 2006.

His detractors claim that Loach is more agit-prop than artist, far too partisan and didactic. In fact Loach regularly uses humour and absurdity. But he is certainly political through and through – his body of work shows just how depoliticised much contemporary TV drama has become by comparison.

This DVD collection shows Loach at his best. 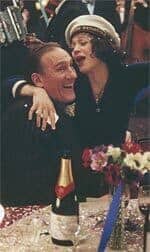 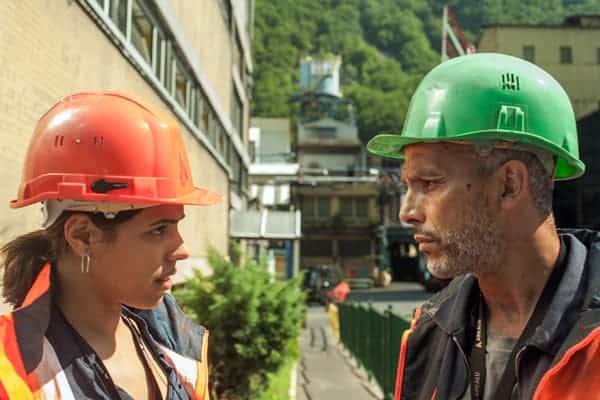