This December marks what would have been the eightieth birthday of Karlheinz Stockhausen, the German pioneer of electronic music who died last year. To celebrate this event the Southbank Centre is hosting a week-long festival of his music.

There is a rare performance of his first major electronic work, Gesang der Jünglinge (Song of the Youths), which revolutionised post-war music. Particularly exciting is that along with some of his more famous pieces from the 1960s and 1970s such as Mantra and Trans there will be performances of many more recent works that are seldom heard, with a few receiving their British premieres.

Frequently associated with the “scratch ‘n’ squeak” prejudice about post-war avant-garde music, he did in fact compose many beautiful and beguiling pieces. Probably his most popular work is Stimmung (Tuning) – an hour-long piece for six singers composed in the early 1970s. The performers intonate a series of vowel sounds using a range of just six pitches. Far from being dissonant or disturbing, it is subtle and meditative, built around the singers harmonising with one another. Together with Michael’s Farewell, a work for five trumpeters which will be performed on the final night of the festival, Stimmung is one of the most beautiful classical pieces written in the past 50 years. You can hear it on the Saturday of the festival.

The festival breaks out of the normal routine of classical performance. Along with the standard concert performances in the main halls, there will also be free concerts given in the lobby of the Royal Festival Hall and on the balcony outside. This honours another of Stockhausen’s major concerns, the spatialisation of music in performance. From the creation of a speaker on a rotating table to his design for a spherical hall used for performances of his music at the 1970 World’s Fair, he was constantly innovative in exploring the various ways in which we hear and experience sounds.

As well as a club night involving DJs and other non-classical performers, there is also a free workshop on Stockhausen and The Beatles specially aimed at children, which promises a “hands-on” exploration of these two major icons of 1960s music. Stockhausen was one of the very few “classical” composers to reach out successfully to popular music, influencing not just The Beatles but also Kraftwerk, Frank Zappa and many others.

With many other free events, workshops, films, discussions, music visualisations and concerts, this festival is that rare thing: a fusion of the arts, the avant-garde and popular music that has something to offer everyone.

New in paperback and Children books 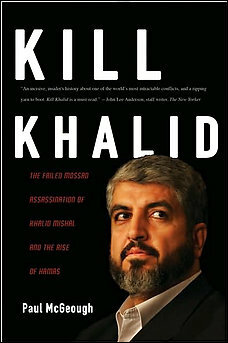