Reading Konstantin for Socialist Review I was reminded of the scene in Notting Hill where Hugh Grant accidentally reviews Julia Roberts’s new film for Horse & Hound magazine: “Ah, it’s a sci-fi movie set in space, but are there any horses? What about hounds?” Konstantin was a thoroughly enjoyable read, well written and informative about an underappreciated historical figure, but what about Russia? What about socialism?

Konstantin Tsiolkovsky is not a name that is well known in the West. Inspired by the novels of Jules Verne and the then recently constructed Eiffel Tower, he was to become one of the pioneers of the rocket technology and astronautic theory that directly influenced the Soviet space programme. He solved the problem of rocket propulsion and invented the basics of the delivery system years before the space programme of the USSR or US.

And yet despite Tsiolkovsky living through some of the most turbulent periods in history, including the Russian Revolution and early years of the USSR, any discussion of socialism or revolution is somewhat thin on the ground.

The book follows Tsiolkovsky from his early life in rural Russia in the late 1860s, to the slums of Moscow in the 1870s and finally to his invention of the principles of rocket technology in 1881. Bullough also draws a direct line from Konstantin’s theory to the Soviet space exploration in the 1960s.

Tsiolkovsky himself was an intriguing character. Apparently a recluse who believed that eventually humans would colonise the Milky Way, he created working models of his experiments and could mentally calculate complex equations. Never having received a formal education, he taught himself science in the library in Moscow and never went to university.

But the story not told in this book is how Tsiolkovsky supported the Bolshevik Revolution and how the new Soviet government sought to associate itself with his work. As an active member of the Communist Academy, Tsiolkovsky knew Evgeny Pashukanis, the famous Soviet legal scholar. The Academy was abolished in 1936 by Stalin, who feared its independence.

Bullough aim in this book is to give Tsiolkovsky the respect he thinks he deserves in the West. He has been overlooked as an important figure of early space exploration in favour of Neil Armstrong and the influence of Nazi V1 and V2s on early rocket technology.

Tsiolkovsky died in 1935 before the worst of the Stalinist purges began. His dream of lunar travel was based on nothing more than a lifelong yearning for adventure and exploration. The librarian at Moscow Library who first captures Konstantin’s imagination with Jules Verne’s From the Earth to the Moon, dreams of ending war with lunar travel, a vision that clearly rubbed off on Konstantin.

Konstantin is published by Penguin, £12.99

Marching to the Fault Line 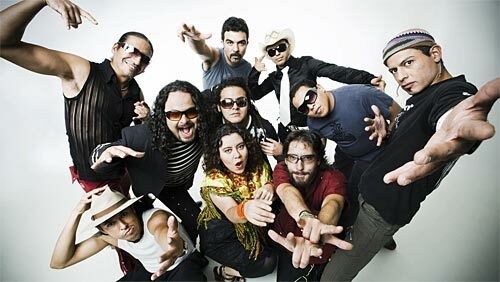