L is for Lenin

This article is over 14 years, 0 months old
There have been many revolutionary upheavals in the past century, each one unleashing the huge creative energy of millions of people.
By Dan Mayer
Downloading PDF. Please wait...
Thursday 01 May 2008

Mostly these revolutions have been beaten back, with the reassertion of class power and a return to the “norm” of exploitation, poverty and war.

The one exception to this is the 1917 Russian Revolution, and the crucial difference was made by Lenin and the Bolshevik Party he built.

Of course, capitalism constantly gives workers cause to fight back, and these struggles often push them towards revolutionary ideas. But Lenin argued that the task of socialists isn’t to sit back and watch, but to intervene in these struggles, fight to steer their direction and give conscious theoretical expression to workers’ revolutionary impulses. So, Lenin argued, the Bolsheviks should not just support strikes, but also encourage workers to oppose anti-Semitic pogroms.

This requires a “combat party” which unites revolutionaries so that they can more effectively influence the movement, rather than a party that encompasses all strands of working class thought.

It is on precisely this basis that the Bolshevik Party was formed in 1903 after a split with the Mensheviks, who wanted a broad party. The Bolsheviks were a democratic centralist party – which meant that once they had come to a decision every member was expected to put it into practice.

This structure enabled the Bolsheviks to overcome two difficulties. Capitalism tends to divide the working class, often making struggles separate and sectional. Any good activist will be influenced by the people around them, by the reactionary ideas which exist among workers, and by the nuts and bolts of their campaign.

Furthermore, any party has a tendency towards conservatism, as activists become used to a particular mode of activity and resistant to change. Because they brought together revolutionaries involved in various campaigns from each area of the country to debate the way forward, and because they then implemented decisions collectively, the Bolsheviks were able to withstand these pressures.

In 1905, when Russia was gripped by revolutionary mass strikes, Lenin argued with the Bolshevik committee members for the need to “open the gates of the party”. The young workers on the barricades may not have read Marx’s Capital but they certainly understood the need to organise for a revolution, and should be actively recruited to the Bolsheviks.

When the social democratic parties of Europe were swept by a wave of patriotism into backing the First World War, Lenin was confident that workers wouldn’t back the carnage for long and made sure the Bolsheviks not only opposed the war, but wanted Russia to lose.

In April 1917, just two months after the overthrow of the Tsar and his replacement with a parliamentary provisional government, Lenin argued – against much of his own central committee – that these changes were not enough. The soviets, or workers’ councils, thrown up by the February revolution, pointed to a new form of state beyond capitalism. The Bolsheviks had to “patiently explain” to workers who had just made a revolution that they didn’t need the provisional government and could take control of society for themselves.

Through 1917, by fighting with workers to win immediate demands and by arguing, and proving in practice, the best way forward for the movement, the Bolsheviks’ ideas were able to win the support of the majority of the working class. In October 1917 the soviets took state power.

Trotsky compared the Russian Revolution to a steam engine. The people were the steam and the Bolsheviks were the piston box, without which the steam’s energy would dissipate and drive nothing. Nevertheless it was the “steam” that drove the revolution, not the party.

Across Europe near-revolutionary situations failed to produce revolutions. Foreign invasion, and the resulting famine, eventually devastated the Russian working class and allowed for the formation of a layer of bureaucrats with their own separate interests. Joseph Stalin was able to give voice to these bureaucrats, rise to power and defeat the Russian Revolution. But this should not blind us to the few brief years in which the Russian working class proved that another world is possible.

Lenin understood that the battle between reform and revolution was everywhere. He developed a method of organisation capable of decisively tipping the balance in favour of revolutionaries. Still today, at the core of every argument – whether over the way forward for a Stop the War group or how a trade union branch committee relates to seemingly apathetic members – is a clash of worldviews.

Lenin’s genius was to build a party that was always a step in front of the movement, arguing for the revolutionary way forward. But the party was only one step in front, so it was still a part of the movement, and capable of learning from it – there is no point being correct in theory if you cannot make your theory relevant to people’s everyday experiences.

Academics and historians will never forgive Lenin’s genius, which is why his name will remain a dirty word as long as capitalism remains intact.

H is for History 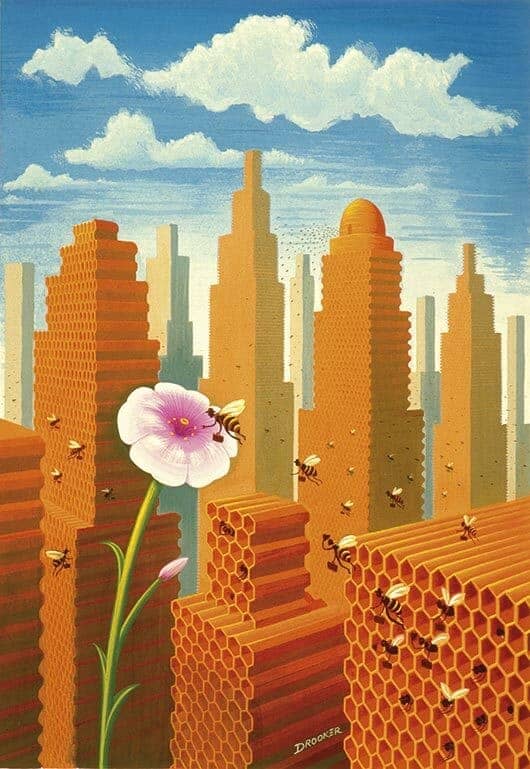