The article “Can the Labour right destroy Corbyn and muzzle the left?” (December SR) misses the mark. It does not attempt to answer the question posed by the headline. Instead, it exaggerates the left’s resistance to Corbyn’s expulsion and takes a toothcomb to the detail of the EHRC report rather than looking at the broader political objectives of Starmer.

Starmer is attempting to expunge Labour of the politics of Corbynism, thereby proving to the ruling class and the media that Labour is fit to govern in the ‘national interest’. This is a full-on political attack on the left.

It’s worth remembering that a year ago Corbyn was leading Labour into a general election with some expectation of winning. Within months he was suspended and now sits as an Independent MP.

It is extraordinary that this seismic political assault on the left has been met by so little resistance.

The article describes a “grassroots campaign…[at] fever pitch… right across Britain”, but in reality, key Labour left figures and organisations have downplayed the attack, urged caution and muzzled themselves.

A minority of constituencies have passed motions of no confidence in Starmer and a very few union leaders have made strong speeches, but opposition is mostly restricted to challenging Starmer on legalities, human rights law and party rules.

Rather than challenging this flawed internalised approach, the article follows the Labour left down the rabbit hole.

The exciting political resistance that powered Corbynism (opposition to austerity, racism, imperialism, climate change) is still alive among millions of people, including many Labour Party members.

The Labour left is now incapable of providing the political framework to lead a serious fight.

For socialists, the focus must be struggle in the real world, one made more effective outside Labour. Even better if their action is allied to promoting revolutionary politics and organisation. 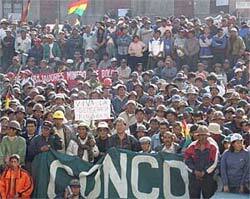 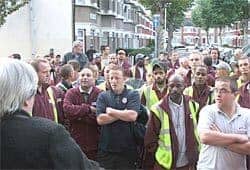