“Latinx — A person of Latin American origin or descent (used as a gender-neutral or non-binary alternative).” Latinx is a book that covers the expansive history of Latin America identity post-colonisation, giving an in-depth analysis of the representation of Lantix people in the US and their position in a continually polarising society. It also highlights the differences between North and South America when it comes to the representation and understanding of race from past to present. The author Ed Morales is a journalist, filmmaker and poet of Latin American origins, giving a personal perspective on what it means to be Latinx today.

The first few chapters are of particular interest as the focus is on the Spanish colonisers and their different attitudes towards “race” compared to that of the English colonisers. Morales is clear that the English colonies followed the idea of a “one drop” rule, that one drop of foreigner blood then made you foreign and divided from the rest of their American society.

This is an interesting look behind the scenes of Latin American people in terms of how they view their own racial identity in the North verses South. Morales explains that there are racial divisions in South America but they exist in a very different way as people are of a more “mixed” race background, so there is less importance placed upon the colour of skin.

On the other hand, in North America the “one drop” rule still has influence and the main racial division is that between black and white.

The author takes the reader through the complexity of the struggle for Latin Americans to fit into the racial binary of the US where they find themselves having to identify with the African American culture because the traditional “one drop” rule does not allow them to partake in the “white” part of society. Morales offers an interesting observation that those who move from South America to the North struggle with finding their own place in society. Because they can neither fully identify as black or white, they must identify as Latin American.

The book has a strong grip on the history of racism in the Americas which informs the understanding of racism today particularly that experienced by Latin Americans — an often blended out group. Morales compiles a considerate knowledge of different Latin subcultures which find their own ways to bond with each other. The concept of a spiritual homeland is mentioned and that Latinx find their own solidarity between each other in a deeper way than a physical place. This is something that those from Latin American heritage can relate to — an unspoken unity.

Latinx gives an inspiring view on the importance of Latinx people in the fight against racism, the ability to identify with various ethnicities, creating an underlying solidarity between all of them — a unifying factor that is incredibly important in today’s world. 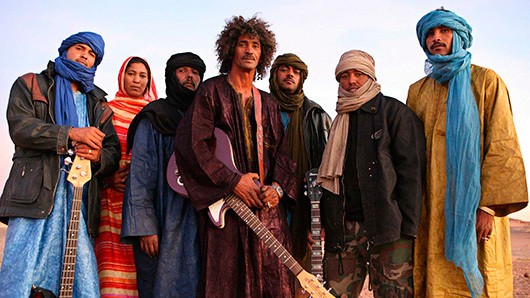