Left History: Rising from the East

This article is over 15 years, 7 months old
Dave Crouch looks at the role of the Communist Party in organising Jewish workers in London's East End from the 1930s to the 1950s.
By Dave Crouch
Downloading PDF. Please wait...
Thursday 01 June 2006

Respect’s electoral success in east London and Birmingham is not the first time the left has reached out to an oppressed minority in political turmoil. Phil Piratin’s famous victory in 1945 to become Communist Party MP for the Mile End constituency took place in an area where Jewish immigrants made up between 40 and 50 percent of the population.

Then, as now, the right tried to dismiss Piratin’s success as a “Jewish vote” mobilised over “Jewish issues”. JC Lawder, the Stepney Labour leader, said the Communists had won “in that part of the borough where people of alien origin predominate and where regard for the hoary institutions of British traditionalism is weak”.

In fact Piratin’s 1945 victory, and those of Communist Party (CP) candidates at local elections later that year, were the result of 15 years of campaigning on fundamentally working class issues.

In the decades up to the First World War there had been a vast migration of over one million Jews from eastern Europe, some 150,000 of whom came to Britain. Most settled in east London, much of which was then a huge slum.

London’s East End Jews engaged in tailoring or furniture making, often in degrading conditions in sweatshops. Both industries were severely hit by the depression of the 1930s, with unemployment rising to over 11 percent.

The community of recent Jewish immigrants led largely separate lives. The new immigrants spoke Yiddish and few strayed beyond the East End. They showed little enthusiasm for the established institutions of Anglo-Jewry, such as the Board of Deputies of British Jews. So the Workers’ Circle – an influential friendly society for working class Jews – didn’t join the Board of Deputies for over three decades after the board was formed in 1909.

Jewish workers were often shunned by their English fellows. The TUC passed resolutions in the 1890s against the arrival of “pauper aliens”, remarking that the Jews were “either sweaters or sweated” meaning they either ran sweatshops or worked in them. The main far left current before the war, the Social Democratic Federation, also had a nasty anti-Semitic streak. So it was often the case that even Jewish socialists had little to do with the wider working class movement.

A flavour of the battleground this created between left and right inside Stepney Labour Party is given by the expulsion from the party in 1938 of two former Jewish mayors of Stepney, IM Vogler and Helena Roberts. In February that year they were forcibly evicted from a council meeting. Vogler shouted, “It is with pleasure that I leave this session of the Reichstag.” Their statement to the press complained bitterly about the Labour council’s failure to act on rent control and air raid protection, its poor treatment of council staff and its hostility to the CP.

By the mid-1930s Stepney was a firmly Labour borough. Seats on the council were more or less equally divided between people of Irish, English and Jewish descent. However, discontent was running high. In 1932 the left wing Independent Labour Party disaffiliated from Labour following the betrayals of the Labour government formed from 1929 to 1931. By the mid-1930s Oswald Mosley’s British Union of Fascists (BUF) was claiming 40,000 members, and had stepped up its attacks on Jewish people in the East End.

The Labour leadership’s response was pathetic-they merely called on people to keep away from the BUF. Conservative Jewish leaders advised that Jews should not take part in any anti-fascist action on the streets. They claimed that it would only play into the fascists’ hands by linking Jews to the Communists.

Disillusion with Labour meant there was potential for the CP to grow. The party was small, and increasingly hamstrung by Stalinist intervention from Moscow, but it still had healthy, non-sectarian instincts.

In 1930 the party stood its leader, Harry Pollitt, in a parliamentary by-election in Whitechapel. He lost, but the campaign strengthened the party’s local roots. All the same, when Piratin, a young Jewish resident of Spitalfields, became a Communist a few years later he was struck by the CP’s weakness and resolved to do something about it by finding issues that would allow the CP to relate to workers.

The struggle for better housing led in 1936 to the formation of the Stepney Tenants’ Defence League, led by a Jewish Communist Michael Shapiro, who went on to launch the National Tenants’ Federation a year later. He recalled, “It was a genuine united movement of the people, drawing together Jews and Christians at a time when anti-Semitic propaganda was being stepped up, helping to isolate and expose both fascists and right wing local Labour leaders.”

In June 1937 tenants, led by Communists, fought off bailiffs, and accompanying police from a block of flats in Mile End. This victory became a central part of Piratin’s successful election campaign at council elections that year. In 1939 the Stepney Tenants’ Defence League was led by three CP activists, together with the vicar of Christ Church and a councillor who had been expelled from the Labour Party. It launched rent strikes across the borough. On May Day 1939, up to 100,000 marchers from five ongoing rent strikes converged on Stepney Green.

Joe Jacobs, the young Jewish secretary of the Stepney branch of the CP, recalled how building the left in the East End also took place on the cultural level. His Jubilee Street cell “conducted a steady stream of agit-prop and social activity”, organising a film show and a “grand variety show with much local talent”, making use of sympathetic people from among the most unlikely sources, such as well known wrestlers.

The cell established the Stepney Peace Group, which had a standing exhibition upstairs in a comrade’s house. The party organised lectures with such well-known speakers as Professor JD Bernal, who spoke on science and war. Even individual BUF members turned up to listen. Their work received messages of support from the Bishop of Stepney and George Lansbury, then chair of the parliamentary Labour Party.

The anti-fascist struggle flowed naturally out of the class based campaigns led by the CP. Piratin was struck by the trade unionists he saw among the BUF. He concluded that their support had to be undermined by taking up social issues – not writing off all workers who showed sympathy for the BUF. This even meant fighting bailiffs who had come to evict tenants who were BUF supporters. Young Communists also joined gyms frequented by fascists in order to win them over.

The famous victory in Cable Street in October 1936, when tens of thousands of workers fought the police to prevent a BUF march through the East End, was a huge setback for the fascists. But anti-Semitism remained strong during the war, when Jews were widely scapegoated by the press for black market profiteering.

The CP was active nationally in opposing the internment of Jewish refugees and anti-Semitism generally. One Lancashire member described this as the “bright shining star” of the party’s politics. Struggles on local councils were also important, for instance when Bethnal Green borough council voted to withhold money owing to the police because of police support for the BUF.

CP members in the East End fought against anti-Semitism, but their work simply could not be labelled as “Jewish work”. There were, however, pressures from an increasingly Stalinised leadership to get Jewish members to concentrate on “Jewish issues”.

The CP established a Jewish Bureau in 1936, but it was closed down in 1939 after the Hitler-Stalin pact, only to reopen in 1941 when the USSR entered the war. Only after it received prominent backing from Moscow did the bureau begin to acquire any significant political responsibility.

Indeed, the very people who were supposed to carry out “Jewish work” were reluctant or even hostile to the idea. As Reuben Falber, the Yorkshire district secretary (himself Jewish), said in response to Leeds comrades who had been tasked with establishing a local Jewish Bureau: “I was not keen on this project because I felt that these sub-committees tended to take activists away from the work in the branches and that the work among the Jewish people in Leeds should really be in the hands of the Leeds city committee”, which covered the areas of the city where most Jewish people lived.

The year 1945 marked a highpoint in electoral support for the CP, which was increasingly crippled by Stalinism. But the party’s electoral victories that year remain an inspiring example of how the far left can break out of political isolation through consistent, united work.

Jewish comrades often led the East End campaigns, but they did so as Communists, backed by a party that was proud to fight anti-Semitism. Now, as then, the left’s success in the East End today can become a beacon to workers across the country.

Roots of the Holocaust 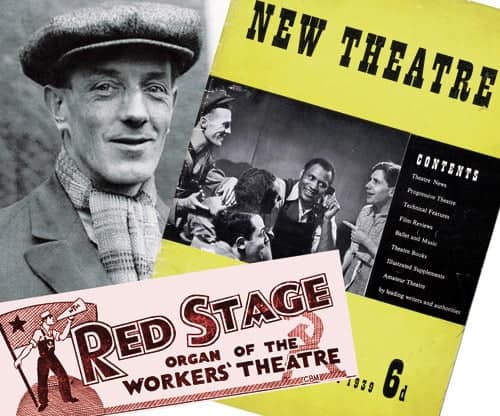 Building a theatre of action

A new wave of anti-Semitism in Europe