Jeremy Corbyn is not the first leader of the Labour Party to have supported strikes and opposed war. Keir Hardie, who had himself been victimised for trade union activity, had a record of supporting workers in struggle and condemning government repression. In 1911 Hardie had written a devastating indictment of the Liberal government’s repression in Wales, Killing No Murder, condemning the shooting dead of two workers by troops.

This was at a time when the Labour leadership was busy condemning union militancy and leading Labour MPs, including Arthur Henderson, a future party leader, actually proposed legislation curbing the right to strike. Hardie, unlike the majority of Labour MPs, opposed the First World War. When he died on 26 September 1915, George Bernard Shaw said he had died of a broken heart. He wrote, “Could we expect him to hang on and sit there among the poor slaves who imagined themselves socialists until the touchstone of war found them out and exposed them for what they were?”

The only other Labour leader with a left reputation was George Lansbury, socialist and pacifist, and a strong supporter of women’s rights. He had been one of the leading lights behind the Daily Herald newspaper before the First World War. The paper had routinely supported strikes throughout the great pre-war labour revolt; indeed it positively advocated strike action as the way forward for the working class. Under Lansbury’s editorship it supported the Russian Revolution. When the Bolsheviks published the secret treaties that showed the war up as, in Lansbury’s words, a “war for plunder”, only the Herald and the Guardian reported the story. After the war the Herald led the way in opposing British intervention in Russia, calling for a general strike.

The Herald had tremendous support among militants and activists. When the Albert Hall refused to allow the paper to hold a rally there at the end of 1918, the electricians switched off the venue’s electricity, threatening to cut power to the whole of Kensington. Tube workers, bus workers and taxi drivers all threatened to boycott the hall. Needless to say, the management backed down and the rally went ahead. Lansbury was a champion of direct action.

Of particular relevance today is the stand Lansbury took on Poplar Council in 1921. At his suggestion, the council took the decision to withhold payments to the London County Council and instead use the money for helping the unemployed. As far as Lansbury was concerned, “Labour administration means something different from Capitalist administration… Those who pretend that a sound Labour policy can be pursued either nationally or locally without making the rich poorer should find another party.”

The LCC took legal action; the council was ordered to pay but still refused. Some 45 Labour councillors, men and women led by Lansbury, were rounded up and imprisoned, beginning on 1 September. There was a militant campaign demanding their release. On 8 September a massive demonstration was held outside Brixton Prison, with the crowd singing “The Red Flag” again and again.

The whole labour movement rallied to their cause, with the notable exception of the Labour Party leadership in London and parliament. For these people, Lansbury was a positive danger, undermining all their efforts at proving that the rich had nothing to fear from them.
The Poplar councillors were released on 13 October when the government backed down. Direct action had won a historic victory.

This stand is in sharp contrast to the contemporary Labour Party policy at both local and national level, a policy unfortunately endorsed by Jeremy Corbyn. Today Labour councils are implementing Tory austerity. In 1921 Lansbury was for fighting in the here and now, not for waiting for a Labour government. The spectacle last month of Lambeth Labour council going to court to secure the eviction of protesters occupying a library due to close as part of the government’s austerity programme is absolutely shameful. The George Lansbury of 1921 would be taking part in the occupation, urging the wider labour movement to rally round and demanding that Labour councils refuse to implement the Tory cuts. This is the way forward. 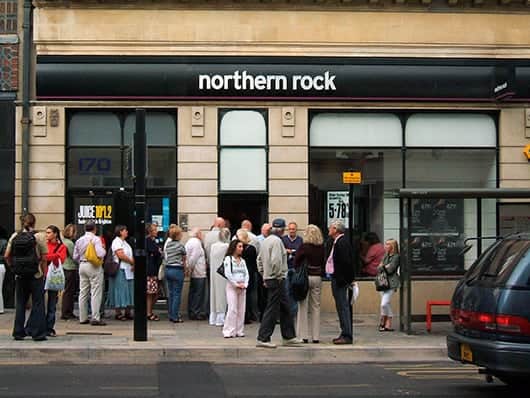