The legacy of Harvey Milk

This article is over 9 years, 6 months old
The story of gay activist Harvey Milk is one of the most inspiring episodes of in the fight for LGBT liberation
By Josh Hollands
Downloading PDF. Please wait...
Friday 01 February 2013

Although it is now over 35 years since Harvey Milk was elected as the first openly gay public official in the United States, winning a Supervisor (city council) seat in San Francisco, his life and politics still inspire many young LGBT people to come out and fight for equal rights.

Milk’s early politics were certainly not that radical. He was an analyst at a high-powered financial institution, supported the Vietnam War and campaigned for the Republican candidate, Barry Goldwater, in the 1964 presidential election.

However, like many other LGBT people of this time, Milk was influenced by the growing radical mood in American society. In June 1969 a police raid on the Stonewell Inn, a gay bar in New York, led to days of rioting. This in turn led to the formation of Gay Liberation groups, attracting many of those who had been active in the civil rights and anti-war movements earlier in the decade.

Milk found his way to San Francisco in 1972. LGBT people had been carving a space for themselves in the city since the Second World War, and the Castro neighbourhood was becoming a well known tourist area for gay people. Milk set up a camera shop in that neighbourhood and immediately immersed himself in local community organisations and politics.

In 1974, during his first election campaign for the Board of Supervisors, the San Francisco Teamsters Union led a strike against six beer companies who refused to sign a better contract for workers. Milk agreed to support the strike if the union officials would promise to allow gay people into the union. While the other brewers folded in the face of the industrial action, Coors Beer was left as the only one not to sign up. Milk led a highly publicised boycott of Coors throughout gay bars in the city.

The action was so successful that it ended the company’s long boast to be the best selling beer in California.

Milk made numerous attempts to be elected to the Board of Supervisors. He challenged the pre-existing gay political leadership in the city, who looked to alliances with the city’s liberal political establishment in exchange for small advances. Some of his early political platforms included challenges to the real estate developers and corporations that long dominated the city government. His biographer Randy Shilts notes that “Harvey was one of only two supervisorial candidates to back labour 100 percent”. In return Milk won support from local unions.

Finally in 1977 he became the first openly gay public official in the US and took his place as a supervisor at City Hall.
But the 1970s also saw the growth of the Christian right. The victories the new LGBT movement was winning came under attack from homophobes like the singer Anita Bryant, who sought to crush any equality legislation with her “Save our Children” campaign.

One of the biggest battles this brought was the 1978 attack on gay and lesbian teachers. The “Briggs Initiative”, named after the reactionary politician John Briggs who led the campaign, sought to ban LGBT people and their allies from “promoting” homosexuality in schools throughout the state of California.

Milk helped to organise the resistance to these homophobic measures by uniting with teachers as well as other workers, activists and supporters. The campaign led mainly by teachers called upon their workmates to come out to defeat the proposition, which they did. This activism and the earlier battles against Coors Beer highlighted the need for workplace organisation against bigotry and oppression.

Milk continued to champion social causes and fight for justice. But his life, along with that of Mayor George Moscone, was cut short by a fellow supervisor, Dan White. White, an ex-policeman, assassinated them both in November 1978.

The murders were met by candlelit vigils and militant protests. The tension that had been brewing from the assassination and years of violent attacks by the local police boiled over, most notably on the evening of 21 May 1979, when after a sham trial White was handed a light sentence. Hundreds marched from the Castro to City Hall, pulling many more from the bars lining the streets by chanting “He got away with murder” and “Avenge Harvey Milk.”

The demonstration turned into a riot, later that night with lines of police cars set alight one after the other and windows smashed at City Hall. While the police would later return the violence in the Castro, the riot was a sign of changing times. It signalled that LGBT people would not allow a state of “normalcy” to return to the city after the murder by White of the city’s most high profile LGBT activist.

Harvey Milk continues to inspire activists to come out and fight for sexual liberation. As recession and austerity lead to job losses and attacks on services and benefits, it has never been more important for us to unite and fight back for a better world. 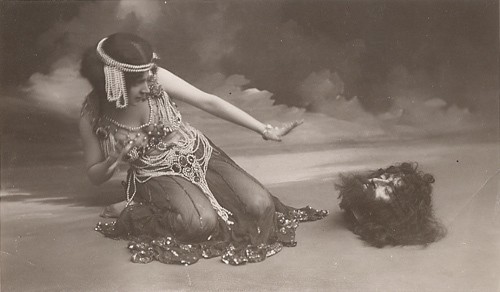