Lenin, Luxemburg and the War

Its haunting theme, socialism or barbarism, prophetically cast its shadow over the 20th century and continues to do so now.

Junius was also uncompromising in its hostility to the pro-war German Socialist Party, the SPD, still claiming to be a Marxist party, with a majority in the German parliament. Junius dismissed a party “yoked so completely to the service of imperialism”.

Yet Lenin was uneasy about the pamphlet. Why? He didn’t know Luxemburg was the author but even if he had, it is doubtful that he would have tempered his opinion.

In any case he makes it abundantly clear that he is arguing with comrades in the revolutionary socialist tradition. “We heartily greet the author”, he writes, who is struggling with those “who have deserted to the bourgeoisie”.

“Criticising Junius’s faults and errors, we must strongly emphasise that we do so for the sake of self-criticism, which is so necessary for Marxists… On the whole, Junius is a splendid Marxian work, and in all probability its defects are, to a certain extent, accidental.”

However, Lenin’s criticisms were dense yet sharp and relentless (they can be found in Volume 22 of his Collected Works). His main argument criticises Junius for insufficiently distinguishing national liberation wars from imperialist wars. The most damning aspect of this, in Lenin’s view, is that Junius looked backwards to Germany’s revolutionary wars of 1848 as a useful model for intervention in the 1914 war, in particular to the 1848 revolutionary “national programme”.

Lenin saw a danger that this inadvertently might play into the hands of Germany’s “left wing” national chauvinists who used the alleged threat to Germany’s “national independence” from Tsarist Russia as an excuse for backing the warmongers.

However, the most explosive part of Lenin’s article is his less developed second argument.Here Lenin challenges the unwillingness of Junius to break organisationally with the SPD, and especially its most important Marxist leader, Kautsky.

This captured a fundamental Marxist principle uniquely developed by Lenin which he later summed up in a single pithy sentence, “Politics cannot be separated mechanically from organisation.”

The charge against Junius was that it risked failure by not giving distinct organisational expression to the politics of its powerful anti war sentiment.

This is particularly significant for the revolutionary left today where there is a concerted attempt led by a formidable scholar of Lenin called Lars Lih to fudge the distinction between Lenin and Kautsky.

This informs some of the theoretical background to contemporary new left wing formations like Syriza in Greece and Left Unity here. Kautsky had defended the SPD’s line on the war because he claimed the party had to respond to the intensely patriotic mood that had swept through the workers’ movement.

Lenin had already dismissed this as “treachery”, denouncing leaders who had failed to “take a stand against a class truce” in an earlier article The Collapse of the Second International.

Lenin was characteristically blunt about Junius and Kautsky: “A great defect of revolutionary Marxism in Germany as a whole is its lack of a compact illegal organisation that would systematically pursue its line and educate the masses in the spirit of the new tasks; such an organisation would also have to take a definite stand towards opportunism and Kautskyism.”

“Junius…conjures up in our mind the picture of a lone man who has no comrades…but this is not a personal failing… but the result of becoming entangled in the vile net of Kautskyist hypocrisy, pedantry and ‘friendliness’ towards the opportunists.”

Nevertheless “Junius’s adherents have managed in spite of their isolation to begin the publication of illegal leaflets and to start the war against Kautskyism. They will succeed in going along the right road.”

Alas, Lenin was too optimistic. Tony Cliff in his political biography of Rosa Luxemburg underlines the lateness of her break with Kautsky. Luxemburg had helped form the Spartakus League as a faction inside the SPD. But she and the Spartakus League stayed with Kautsky when he and others split from the SPD to form the Independent Social Democratic Party, the USPD, in April 1917.

This was despite the fact that the USPD was a purely parliamentary party, pacifist in its attitude towards the war, and which, as Cliff points out, opposed mass strikes and demonstrations against the war. Inevitably, this dulled Luxemburg’s many eloquent appeals for strikes against the war.

Only with the outbreak of the German Revolution and the eruption of workers’ and soldiers’ councils at the end of the war did the Spartakus League finally form Germany’s Communist Party. It proved too late to be decisively effective.

With great reluctance Cliff was forced to conclude, “Whatever the historical circumstances moulding Rosa’s thoughts regarding organisation, these thoughts showed great weakness in the German revolution in 1918-19.” 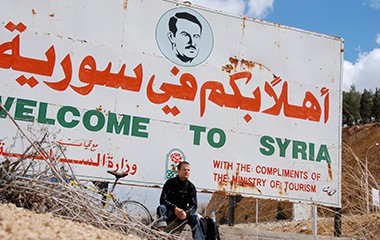 Bush's Crisis: A Steady Course to the Rocks