The classic Les Enfants du Paradis has been reworked by the British Film Institute, and as a result is reaching new audiences. The film was made in 1945, based around a huge street scene set spanning half a mile.

It is filled with noise and life. The restoration has salvaged fuzzy scenes and turned them into sharp, lively visuals that fixate the viewer.
The making of Les Enfants du Paradis is as fascinating as the film itself. It was made under the Nazi occupation of France and for ordinary French people it was a call to arms against the dehumanising effects of fascism.

The film shows the lives of actors in a working class theatre in Paris. It was set in 1840 since the Nazis often blocked the production of films set in the modern day. In 1840 only the theatres for the rich were allowed to perform plays where the actors spoke.

But in the Funambules Theatre, the poor pack into the stalls for raucous evenings of mime and farce.

Centred around the reserved yet adventurous female character of Garance and the men who fall in love with her, the film charts the humour and tragedy of art and human relationships.

Garance is a stunning, subtle character that is all too rare in cinema today. She is independent, and has a vision of a future where she is unwilling to make compromises. Her spells of heartbreak remind us of what happens if you stop fighting for what you believe in.

Director Marcel Carné manages to develop the characters on-screen, amidst the chaos of everyday life. No one is wholly good – within each of them is a longing, a dissatisfaction that at times leads to weakness, jealousy, bitterness and fear.
Garance’s true love, Baptiste, is a mime artist and is developing an extraordinarily sad production for the Funambules stage. He says, “Yes, they understand everything. They’re poor people, but I am like them. I love them. I know them well. Their lives are small, but they have big dreams. And I don’t only want to make them laugh, I want to move them, to frighten them, to make them cry.”

The film’s crew and cast were like a microcosm of French society, and to a certain extent, the resistance. Other members of the huge cast would protect Jewish set designers as they made repairs to the scenes at night to escape detection.
Other actors fought in the resistance, some were killed. Two were found to be Nazi informers and were shot by the resistance.The Nazis ruled that productions couldn’t last longer than 90 minutes, so this three-hour delight is split into two parts.

This film never patronises the ordinary people with big dreams, while it ridicules the rich as heartless, stupid and tasteless. 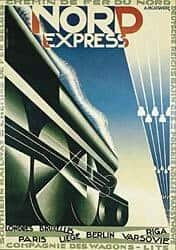