Let the Right One In

Vampires are always a metaphor for something: capitalist exploitation (Karl Marx’s Capital), drug abuse (The Addiction) or sexual awakening (Nosferatu, Buffy the Vampire Slayer). In this Swedish horror film, adapted from the novel of the same name, vampirism symbolises the loss of childhood innocence.

Twelve year old Oskar lives in a working class Stockholm suburb, which, shot in snow-drenched greys, looks like the dreariest place on the planet. The year, 1982, is established with Rubik’s cubes and paranoid talk of Russian infiltration. Through the fragmentary and childlike perspective used in the film we glimpse Oskar’s dysfunctional home life. He faces even greater problems at school, where he is bullied, and lusts after revenge.

His life changes when he meets his new neighbour – a creepy “girl” named Eli – who urges him to stand up to the bullies. Eli is “12 years old give or take a bit” and lives with an elderly man over whom she seems to have some kind of unnatural hold.

Gradually Oskar realises that Eli is not a girl at all but a vampire. (In the novel Eli was also born a boy but was castrated a century earlier, something only hinted at in the film.) For Oskar this poses the question in the title – knowing the risk, should he let her across the threshold?

The growing attachment between Eli and Oskar forms the backdrop for the film, with her violent bloodlust the counterpoint to his innocence. Their mutual affection seems genuine but the film leaves hanging the question of whether Eli truly loves Oskar or if she merely needs a pliant carer to overcome her vampiric vulnerabilities.

This film is certainly no Twilight – the recent overhyped vampire film. It veers between sensitive observation and gruesome action (which only fleetingly descends into schlock horror territory). And running through it is a disturbing, blood-soaked pre-teen eroticism. So at one point Eli slips into bed naked with Oskar, fresh from a kill, lips still smeared with blood. While never gratuitous, such scenes ought to leave the viewer uncomfortable and may spark controversy.

But then this film defies simple morality and rejects glib answers. It is a stylish horror movie and a welcome release from the clichés of the genre. 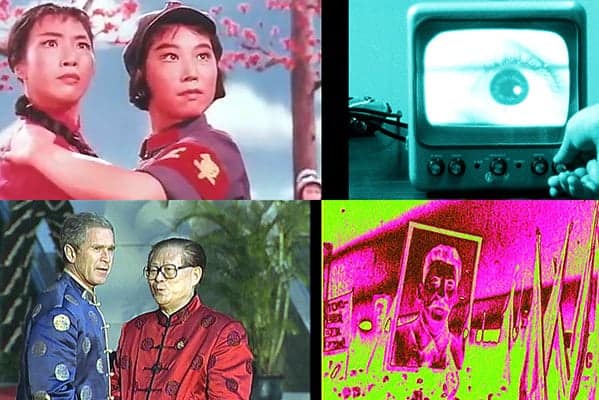 Jazz: the History of America's Music

When the Clyde Ran Red