On the afternoon of Friday 11 September, in Caracas, word spreads that Venezuelan president Hugo Chávez has returned from an 11-day tour of the Middle East.
Soon large numbers of red caps and T-shirts appear in central Caracas and a powerful current of people heads towards the presidential palace, where thousands would wait several hours to hear their leader.

The response is testimony to Chávez’s many achievements – both during his tour, in which he denounced Israel’s attempt at “genocide” against the Palestinians, and more generally during his ten years in office in which poverty ratios in Venezuela have almost halved over the past six years.

But it is not just Chávez’s supporters who are on the streets. The upper and middle class opposition has been very active, holding demonstrations, which are sometimes violent, and TV-organised cacerolazos (pot banging in residential areas – a tactic first used in the early 1970s by upper class supporters of the Pinochet coup in Chile).

One of the issues behind this has been government intervention in the media, including the refusal to renew the licences of several right wing local radio stations due to legal irregularities, according to the government.

Such measures are held up by the right wing Venezuelan media, including several national TV stations and the vast majority of newspapers, as showing a lack of freedom of expression under Chávez’s “dictatorship”. Yet the same media aided the 2002 coup attempt, which included the violent closure of state television. Since then one channel, Globovision, has included voices calling for Chávez’s lynching and a new coup – for which it will probably receive no more than a fine.

The licences lost by the right wing media have sometimes gone to alternative and community projects, making the Venezuelan media far more diverse than most. However, the international liberal media repeats the distortion that press freedom is “under attack”.

The government’s education reforms are also under fire. These attempt to widen university access for poorer students by eliminating financial barriers and entrance exams that favour the wealthier classes, who won 81 percent of all places ten years ago. They also promote greater democratisation, allowing all staff and students to elect a revocable university council.

Like previous reforms, these are not radical but do challenge the upper class’s control and dominance of the university system, which has provoked protests by an alliance of rectors, middle class student groups and some teachers. In the spring, armed groups roamed the campuses intimidating pro-Chávez students and leading to violent clashes between both groups.

The right is still weaker than the left. However, it made important advances in the regional elections last year, and has been encouraged by the coup in Honduras against Chávez ally President Manuel Zelaya. Now talk is of the streets hotting up again, as they did in the period before 2003.

However, for many activists the reason the right have advanced has been the failures of the Bolivarian project itself. Rampant inflation and soaring rents, sanitation problems and continued inequality, together with widespread corruption by supposedly socialist officials, have all created a sense of drift.

Further, despite official talk of “participatory democracy”, government measures, such as the education reforms, have failed to involve wide layers of the population in their preparation. An expression of the increased discontent caused was a recent high profile conference of pro-Chávez intellectuals which roundly criticised the gap between the government’s rhetoric and practice.

But there have also been positive developments in the last year. In the Guayana region organised workers at the biggest factories in the country have won several major battles for nationalisation and even for partial or total workers’ control. Interestingly, Chávez has shifted from opposing such struggles to supporting them.

He has argued that nationalised “state capitalist” firms need workers’ democracy to become “socialist”. The fact that the working class is now playing a prominent role in the struggle and that the Chávez government is responding positively to it is rekindling activists’ hopes for the future. 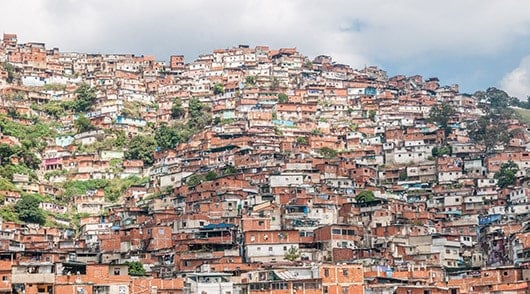 The Farc, Chavez and the Colombian dilemma