Letters to my Grandchildren

When Tony Benn, president of the Stop the War Coalition, first became an MP in 1950, it was in another world – before the internet and microchips, before most people had TV. For the next 51 years Benn used his diaries to record the progress of the Labour Party in parliament and showed us how little power MPs actually have.

Now 84 years old Benn presents this new volume as a statement of faith and politics, criss-crossing history and using the past to illuminate the present with family anecdotes. His topics range from the MPs’ expenses scandal and democracy, to the financial crisis and bankers, the Middle East and imperialism and, of course, his political home, the Labour Party.

Given the state of Labour it’s not surprising that despite his loyalty he argues for building “strong extra-parliamentary connections” and cites the People’s Charter as a vehicle for change. He also insists that internationalism underpins the Labour Party and the labour movement – an important reminder when it was a Labour prime minister who two years ago instigated the poisonous “British jobs for British workers” slogan. He ends with the story he wrote for his children when as a minister he missed many special occasions, The Daddy Shop.

For a young person who is not one of his grandchildren this is a charming introduction to Benn’s work. 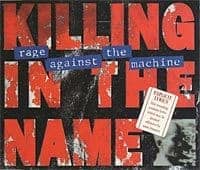