LGBT History Month classic read: The Cross in The Closet

Timothy Kurek was brought up in the Bible belt, Nashville, Tennessee, and in the opening chapter he describes how he acted as a “Champion for Christ” and spoke out against gay people attending an orthodox Christian University. He was taught the lesson of God’s wrath in the Biblical story of “Sodom and Gomorrah,” and he believed that homosexuality was a sin.

After a friend comes out as a lesbian to him, and reveals that as a result she was excommunicated by her family and friends, Timothy decides to challenge his own feelings and “comes out as gay” for a year. Timothy records the reaction from his friends, family and church and as he says in his introduction “what this book is really about is prejudice: specifically my prejudice.”

As he pretends to live as a gay man, he experiences how the label of being gay impacts on his life. He describes how he was excommunicated and his friends asked him “how can you love Jesus and be gay?” and demand that he must repent to restore his relationship to Christ and them.

He attends his first gay pride event, works in a gay café and demonstrates for LGBT rights.

The book is in the same tradition as “Self-Made Man” by Norah Vincent who was a woman who spent a year living as a man. Her book explored gender identity and made you think about society’s approach to gender and sexuality in a fresh way.

The Cross in the Closet is also an interesting expose, but similar criticisms can be made, such as Timothy is just “play-acting”, he cannot understand in a year a lifetime of oppression or being treated differently. I could not deny that I felt quite angry at points in the book as he claims to understand or generalises from quite limited circumstances about being gay in a rather simplistic way. However, the overall subject and humanity in the book allowed me to overcome such irritations.

I found the book interesting from a number of perspectives. The main one for me is that I gained an understanding of where his prejudice and hatred for gay people came from. I am not religious, although like many people did use to attend church when I was younger. It therefore has the potential to empower people to be better equipped to challenge views, particularly those justified by a religious argument. Secondly, it gives me hope and reaffirms my belief in the power of experience to fundamentally transform people’s ideas.

And finally it is an insight into the LGBT world in the USA – the incredible range of people, their lives and issues that they face.

Timothy says he hopes to change minds, not just in the Christian community but in the LGBT one as well, and to bridge the divide in the debate over gay rights. He does remain devoutly Christian throughout the book, particularly as he meets other gay people who believe in God. Witnessing how his prejudice is challenged is ultimately uplifting. During LGBT History Month and in the future, let us hope that many more people reject bigotry and prejudice in favour of inclusion and understanding and, who knows, we may even get equal marriage. 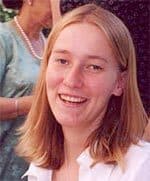 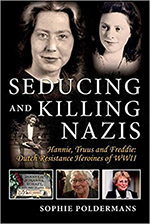