On a demonstration in the Liberian capital Monrovia in June, a demonstrator held up a handmade placard that read ‘America Come and Save Us’. The depth of the crisis that has gripped Liberia in the last few months – which has resulted in thousands fleeing their homes and thousands more being killed in fighting – has led many to hope that the US would intervene to stop the fighting. In August the president, Charles Taylor, was forced to step down and was granted asylum by the Nigerian government. Taylor was installed in Calabar, in two palatial mansions. The US immediately insisted that Nigeria surrendered him to the International Criminal Court, the same legal system that they refuse to sign up to.

The current crisis can only be understood in the context of a long history of US interference in the small West African state. Liberia was formed by the US in 1847 as a new country for repatriated freed slaves. The US was intimately connected to Liberia. The country used the US dollar until 1980, their flag was a replica of the Stars and Stripes and the capital was named after the fifth US president, James Monroe. As one commentator notes, ‘Over the years, Americo-Liberians by the thousands – including 16 of the 19 men who have served as Liberia’s president – were educated in US high schools and colleges.’

Behind these facts were brutal economic connections. The country was dependent on one principal cash crop – rubber. For decades Liberia was largely a fiefdom of the US multinational Firestone. During the Cold War the country was supported and armed by the US. The US radio station Voice of America – that blasted the airwaves with anti-Communist propaganda – broadcast from Monrovia.

The US backed successive dictators and crooks. They eventually supported Samuel Doe’s government, which came to power in a coup in 1980. There was a wave of resistance to Doe, as students acted as the de facto opposition from 1980-84, when all opposition parties were banned. Students helped to organise Firestone workers but their leaders, together with trade unionists, were viciously repressed. Many spent years on death row.

Charles Taylor was a government minister under Doe, and fled to the US in the mid-1980s after he had plundered the state bank. He returned later in the decade to lead the revolt against the government. With the collapse in the rubber market in 1985 and the end of the Cold War Liberia had lost its strategic importance. The economy was destroyed, and the US could ignore the war that descended on the state.

Taylor, now sponsored by Libya, fought a bloody war for control of the country that sucked in the region. Diamond fields controlled by his forces in Sierra Leone funded the bloodshed. The war did not represent the ‘primitive’ or ‘barbaric’ nature of societies in West Africa (as many racist commentators would have it). On the contrary it demonstrated how the region was connected to a globalised economy that was at the same time criminal and informal. The war that cost thousands of lives saw these ‘blood’ diamonds sold by international traders in London and Antwerp.

The Liberians United for Reconciliation and Democracy (LURD) rebels that fought Taylor’s government after elections brought him to power in 1997 were a faction in Taylor’s original war against Doe. The majority of the rebels were also former student activists who had been involved in the resistance to Doe in the 1980s. They too offer no solution.

At the same time the US has continued to interfere. The rebels are armed and supported by Guinea, which in turn is a faithful ally of the US. The recent war in Iraq has helped to alter the strategic importance of West Africa yet again, with the US greedily eyeing important oil reserves in the region in their attempt to break their dependence on the Middle East. Colin Powell recently put it like this: ‘In Liberia if you ask the question, “What is our strategic vital interest?” it will be hard to define it that way. But we do have an interest in making sure that West Africa doesn’t simply come apart.’

Bush’s recent trip to Africa was an expression of these priorities. The posturing on the ‘illegality’ of Taylor’s regime and Bush’s ‘compassionate conservatism’ conceal a much more dangerous reality, the real threat to West Africa of US imperialism, which will repeat the misery we have seen in Liberia. The only force that can dislodge this threat is the unity and organisation of the region’s powerful working class and oppressed.

Imperial Oil: Petroleum Politics in the Nigerian Delta and the New Scramble for Africa 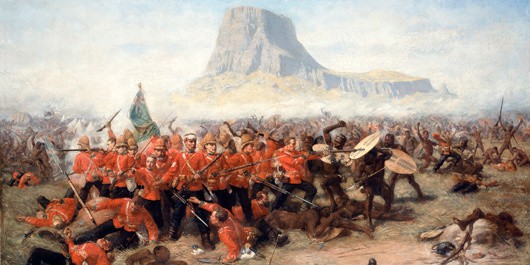