Heard ye o’ the Tree o’ France,
And wat ye what’s the name o’ it?
Around it a’ the patriots dance,
Weel Europe kens the fame o’ it?
It stands where ance the Bastile stood,
A prison built by kings, man,
When superstition’s hellish brood
Kept France in leading-strings, man

Murray Armstrong has written a wonderful book about the great Scottish radical reformer, Thomas Muir of Huntershill. Recreating events based on historical records, the book takes its title from Burns’s poem on the French Revolution.

The year 1792 saw the creation of the reform group, The Friends of the People, and Thomas Muir, a young Glasgow lawyer, led its radical wing.

Thomas Muir is celebrated as the father of Scottish Democracy and his story can help inspire the new movement for change born out of the Referendum campaign.

At the age of 26 Muir led a national movement demanding universal male suffrage, when only a small minority — the men of property — had the right to vote. The summer of 1792 saw rioting in Edinburgh triggered by King George III’s birthday celebrations.

The rioting spread throughout Scotland, in protest at the corrupt establishment at Westminster and its venal placemen in Edinburgh, notably Sir Henry Dundas, known disparagingly as “King Henry IX”.

A champion of the French revolution, Muir was tried before a kangaroo court in Edinburgh in August 1793. He was charged with making seditious speeches and circulating Thomas Paine’s great pamphlet, The Rights of Man.

In a furious tirade, the presiding judge, arch-reactionary Lord Braxfield, warned the handpicked jury that advocating parliamentary reform was in itself seditious.

He said: ‘There is a spirit of sedition in this country yet Muir has gone among ignorant country people and among the lower classes inducing them to believe reform was absolutely necessary for preserving their liberty, which, had it not been for him, they would never have suspected was in danger.”

Muir defended himself and was cheered by the vast crowds in the courtroom and outside on the streets of Edinburgh.

But he was found guilty and sentenced to14 years transportation to Australia.

In a gripping narrative Armstrong tells how, after a brutal ocean journey round the globe and two years of captivity, Muir escaped from Australia; and how, after a series of extraordinary adventures that took him to Vancouver, California, Mexico and then Spain, he was badly wounded in a naval battle, fighting on the side of the French Revolution.

Known and respected by the French revolutionary government, Muir was rescued from captivity in Spain and brought to live in Paris where he died in 1799.

In a sense Muir was more fortunate than the other “Scottish Martyrs” charged with sedition and treason. Joseph Gerrald, William Skirving and Thomas Palmer were also convicted and deported to Australia where they died from illness and maltreatment.

By the end of the 18th century the movement for reform seemed crushed and the rich who ruled the House of Commons thought the furious agitation of the 1790s had gone forever.

“Habeas Corpus” had been suspended, and although it was restored in 1800, the savage repression continued, throughout Britain and Ireland.

To its long list of draconian laws Pitt’s Tory government added the Combination Acts, forbidding workers in the new mills, mines and factories to combine into trade unions to defend wages and improve conditions.

But in the 19th century class warfare was never far below the surface, whatever repressive measures were employed.

Electoral reforms were won and trade unionism developed despite the forces of reaction. In the new working class, and particularly among the chartists, Thomas Muir became a hero.

This book is a must read. As Adam MacNaughton, one of Scotland’s finest 20th Century folk singers, wrote in his song, Thomas Muir of Huntershill: 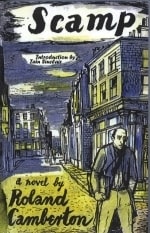 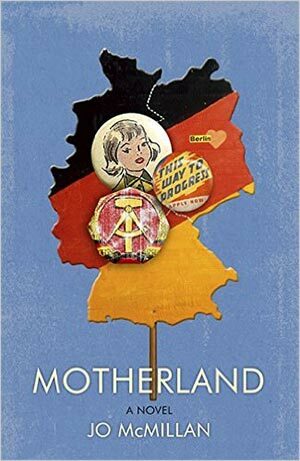