Perhaps, as he insists, it is because he is a Scot, marginalised and ignored by a London-based cultural establishment. Or perhaps it is because he is a radical, an eccentric sensualist, in love with the human body, with his community, with life itself. Or is it his deep sense of the spiritual combined with a barely contained rage against formal religion that makes him difficult to integrate? Perhaps it is all of these things.

A Life in Pictures is an unpretentious celebration of a hugely creative career. As a writer Gray only came to be recognised later in life with his novel Lanark, a strange slow-burning masterpiece.

The book is set in two places: the Glasgow where Gray himself (he appears here as Duncan Thaw) grew up in a neat, warm council flat, and the strange dystopian world of Unthank, a grey, oppressive place where Lanark, his hero, is trapped inside a hard skin that reflects his emotional repression.

Gray illustrated this book, as he has all his writings, with the complex, crowded etchings that are his signature. They bring together the known and the unknown, realist and mythological, in images that bring to mind Blake at his most visionary or Bosch’s panoramic descriptions of a world of conflict and oppression.

You can see it most dramatically in his mural, The Horrors of War, or in the landscape painting of Holy Loch under a menacing black cloud. The person who commissioned that painting wanted a brighter sky, Gray explains. But he refused to change the work, because the cloud reflected the threat of the nuclear submarines under the surface of the water.

There is a tension in all Gray’s work between his vibrant, impulsive imagination and his discipline and skill as an artist. And there is a tension, too, between an external world often brooding and dark (like Unthank) and the compassionate and intimate portraits that fill this book. They depict his friends, his neighbours, his fellow artists and writers, and the people he has loved. And they are set in his native Glasgow, in small comfortable rooms in a city he loves but does not romanticise.

His best known image, Cowcaddens Streetscape in the Fifties, conflates space and time into a city both nostalgic and forgotten. Its ordinary life is still somehow full of mystery, as in his early painting The Great Beast in which women hanging out washing in tenement flats are transformed into creatures in a strange labyrinth.

Gray sees his novel Lanark, and much of his other writing, as an exploration of the capacity of human beings to love and of the obstacles that inhibit that capacity. His portraits are beautiful expressions of love at its most human, like the portrait of his nude pregnant wife Inge or the sketches of friends in domestic interiors full of intimate details.

A Life in Pictures is Gray’s autobiography at the age of 75. Richly illustrated and beautifully produced, the text has all Gray’s characteristic self-effacing irony, side by side with the details of an ordinary life lived with great intensity and only a passing reference to the financial difficulties he faced through many of his years.

There’s a kind of wilful self-deprecating humour too, as when he explains the time he and his family moved into a flat rented to a Mrs Peterson and her lodgers: “In 1965 one went mad, murdered her, tried to burn the flat, then gave himself up to the police. Soon after Andrew, Inge and I [moved there] because it had twice as many rooms.”

The pictures are his own or those of friends, together with the family photos and remembered images he grew up with – from childhood encyclopedias to illustrations from the stories of Rupert the Bear which take on a strangely surreal air in this company.

In more recent times he has taken on new mural commissions at the cultural centre Oran Mor in Glasgow and may, despite public sector cuts, eventually finish new murals for Glasgow’s underground rail system.

Like all his work, from the anti-war posters to the illustrations for his own and other people’s writing, to the great murals, to the portraits that owe much to the 18th century Japanese painters, they shine with this usual “amazement at existence and a need to consciously grasp it while learning all we can”.

A Life in Pictures is published by Canongate, £35. 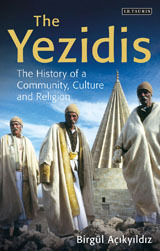 The Man in the Street