A whole series of new and renewed groups, protests and movements have appeared in response to the “new sexism” – personified by raunch culture popular on campus – that are increasingly defining themselves as feminist. Some of those involved with these movements are drawn to the ideas of “intersectionality”, which attempt to explain how race, gender and class oppressions “intersect” and influence each other.

For those who have grown up in a post-1989 world in which the “end of history” was declared, along with “Marxism was dead”, and identity politics and single issue campaigns dominated, this is a positive step. But we also have to look back to 1968 and its fallout to understand the roots of intersectionality, its trajectory and the ideas that are shaping the “new feminisms”. At its high point the struggle for women’s liberation was part of wider movements – anti-war, civil rights and, particularly in Britain and Europe (though less so in the US), workers’ struggles.

When the class struggle waned, and activists lost faith in “the revolution”, some drew the conclusion that only reforms were possible. Many feminists joined the Labour Party and social democratic parties, or looked to a “rainbow alliance” of women’s groups, black groups, trade union bureaucrats and reformists to deliver change. Others looked to separatism, “lifestyle politics”, or formed Women’s Studies departments in universities.

A consequence of this late 1970s fragmentation was a women’s movement that became cut off from wider struggles, and dominated by white middle class women (especially in the US). In response black feminists said: “What about our experience?” “What about class?” “How does that affect how women are oppressed?” Bell Hooks asked these questions in her book, Ain’t I a Woman? Her critique of white feminism would later be termed “intersectionality” – that the sexism experienced by a black woman is not the same as that experienced by a white woman, similarly with that of class.

It is worth noting that those American socialist feminists who had been shaped by the civil rights and anti-war movements, such as Lise Vogel, bristled at the accusation that they did not have an interest in the oppression of black women. Black feminists had a point, but it also represented a shift from political definitions to identity, from defining yourself as “Marxist feminist” or “radical feminist” to “black feminist”.

This was part of a more general shift to identity politics, seeing a matrix of different oppressions and forms of domination – class, patriarchy, white supremacy and so on. In the course of the 1990s another set of ideas grew in the colleges that also rejected that revolutionary change was possible, but still called for resistance.

A set of ideas developed known as “post-structuralism” – championed by Michel Foucault and later Judith Butler among others. This rejected identity politics, but also “top-down power structure”. The post-structuralists see “domination” and “power relationships” everywhere, and reduce the wider struggle to individual relationships. Both intersectionality and post-structuralism declare there are no “master narratives”, that all knowledge and experience is partial, limited, with no one “truth” or “reality”.

The influence of both intersectionality and post-structuralism can be seen in the new feminism, which is also part of the general anti-capitalism of the last 15 years. Feminists today who use the term, or at least the approach of intersectionality, do so because they want to fight the whole system.But there is no acknowledgment of how class and exploitation can be a source of power – they are seen rather as another source of oppression. For Marxists class is not simply another burden. Class struggle and its relationship with historical changes are the heart of our ideas – Marxism is about movement and change, not about simply describing how things are.

Socialists must focus not on simply describing experiences but on fighting for unity in our class – this means dealing with the messy nature of being human under capitalism, with all our different kinds of sexualities and identities. There is a thirst for ideas that can explain this broken system – we need to fight alongside women and anyone who is fighting, but also argue they should take another theoretical step from recognising class, to understanding the role of class struggle and the working class in potentially transforming society and all human relations. 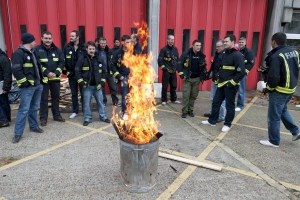