The London Olympics of 2012

This excellent book should appear in the Christmas stocking of everyone who is interested in class politics and sport.

Wagg’s very readable book is part of a growing body of academic work of critical Olympic studies that looks at the trends and patterns that have developed particularly since the 1984 games.

The Olympic industry is described as “a commercial juggernaut which, with its collaborators in various host cities, has generated corruption, urban land grabs, environmental destruction and the curtailment of civil liberties”.

Sport for all was replaced by a policy promoting elite sport and the associated feel good factor. Part of this was a deal making Formula One racing exempt from tobacco advertising (coincidentally Bernie Ecclestone had donated £1 million to Labour).

Many were surprised when London won the bid to run the 2012 games as Paris was the favourite. The news came the day before the 7/7 bombs went off. The bid used the idea that youngsters from London would be the key beneficiaries of the Olympics.

Early chapters examine the context of the London Olympics and how politics and protest played out in previous games. There is a brief account of the bid, the small number of people who made the decision to put it in, the trickle down argument, the invention of the tradition of the Olympic flame, and the use of east London as a multicultural melting pot — stressing that the London Olympics were really about benefits for the children of the world’s masses.

Wagg also examines some of the protests that took place in the run up to 2012.

There is a chapter about the opening ceremony and what myths were being perpetuated by the spectacular show — the notions of “Britishness” — and the creative companies behind Boyle’s creation.

Wagg goes on to look at the relationship between the games and construction industry, the influence of the security industry in promoting “Fortress London”, the “brand police” protecting commercial interests of Coca Cola (banning Pepsi) and the exploitation of workers by firms with Olympic contracts.

The excellent BBC satirical series Twenty Twenty is examined as a way comedy has come to replace, and to be seen as an acceptable substitute for left wing political comment. It examines the politics of Olympic celebrity.

Finally Wagg considers the Olympic legacy, the immediate euphoria and the political and other claims made in relation to it, the notion of “inspiring a generation” and the destiny of the various sites, the “regeneration” of east London.

I took part in a very minor protest against the Olympic torch when it passed the bottom of our street in Beeston — a street that used to have a well used and resourced sports centre at its end that closed in the preparation for 2012. We had already had a piss-taking Olympic torch run through Beeston visiting various disused and discarded public facilities that had been closed down.

The book also has a great cover — one of the SWP protest posters. At £60 maybe ask your local college library to get a copy or wait for the paperback.

On Russia With Love 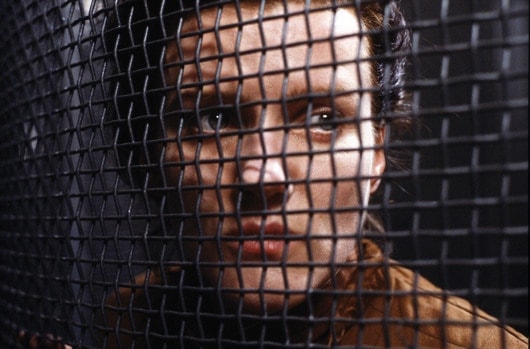