Lore begins at the moment the German war effort collapsed in spring 1945 and US, Russian and British forces swept across the land.

Lore, a girl of about 13, must take charge of her four younger siblings after their Nazi parents are imprisoned. They are the privileged children of a top SS officer, born and raised under Hitler’s regime and benefiting from it as other children suffered. Now they must travel alone some 500 miles from Bavaria to their grandmother’s house near Hamburg.

Their journey is across a waste land, its people in shock and traumatised, denying the reality of what they have just been through. The Allied troops are telling Germans that they are the perpetrators of atrocities. Women face rape, people are starving and diseased and abandoned children are scrabbling for food and shelter.

Lore and her siblings wander through all this, stealing food and trading bits of jewellery their mother gave them. Violence takes place off-screen, but the siblings come across the results of it – a woman’s body with bloodied thighs; a man who has shot himself in the head. There is a dreamlike quality to the film as these children stumble through forests and fields, overhearing bits of conversations here and there – truths and denials mixing together: “There are people everywhere that have done things and no one cares”; “Those pictures from the camps aren’t real; the Americans have paid actors”

There is relatively little dialogue. Rather the film focuses on images, landscapes and sounds, as if Lore’s world has been stripped back to something primeval.

Lore is not responsible for the Nazi atrocities but she has absorbed her parents’ abhorrent views. As Hitler the father figure has failed, so her father the war hero has been transformed into a criminal and she must deal with this. She is also a young woman with emerging and confusing desires and a need to explore her sexuality.

On one level this is a very German story about a specific historical moment. It was filmed in Germany and acted by Germans in their own language. Yet the director and co-writer, Cate Shortland, is Australian and this is no coincidence. She says she has long been interested in the suppression of colonial pasts. Australia has never fully dealt with its own colonial history, and Shortland has also spent time in South Africa and Germany.

The question of German war guilt is a highly contested one, with authors such as Günter Grass still trying to work through the suffering/guilt problem that arises if you view the question from a perspective of national identity.

Lore approaches the question from an unusual angle – Lore is neither victim nor perpetrator, but is a young woman who must start to take responsibility for her actions. Saskia Rosendahl’s performance as Lore is fantastic – at times repulsive, at others vulnerable, awkward, sweet or ruthless. The film is slow and sparse and heavy with symbolism, but it builds up an emotional punch of confusion, anger and hope.

Lore is directed by Cate Shortland and released 22 February

Protocols of the Elders of Sodom

Who Shot the Sheriff? — filming the anti-nazi movement 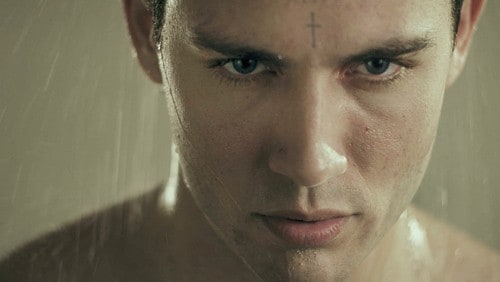 Migrating Across the Waves