‘The ultimate victory will depend on the hearts and minds of the people who live out there,’ proclaimed Lyndon Johnson when speculating on the possible outcome of the war in Vietnam. Borrowing its title from Johnson’s quote, Peter Davis’s Hearts and Minds – an Academy Award winning documentary that highlights the hypocrisy and brutality of the US’s war in Vietnam – is a powerful and compelling film and its influence is apparent in Michael Moore’s Fahrenheit 9/11. And like other anti-war films of the period, the re-release of this 1974 film on DVD has to be seen within the context of the Iraq war and the counter-culture that has come out of the resistance to it.

Though the director shied away from such motivations, Hearts and Minds is definitely a political film. The way in which it portrays the cruelty of the war and the shocking reality of US society has a profound emotional impact on its audience. Free from voice-over commentary, this is where the film’s editing plays a crucial role. Juxtaposing propaganda with experience and rhetoric with reality, the film rightly pays as much attention to the hearts and minds of Americans as of the Vietnamese. Indeed, TV agitprop from the period shows how backing for the war was won ideologically – through the fear of the evils of Communism during the Cold War, and through the jingoism towards a ‘people who live out there’.

The film is painted with broad strokes of irony. The patriotism in an American football game is almost hyperbolic where the need for victory is pitted against the rhetoric for winning the war – a twisted obsession to be ‘winners of the big game and of the bigger game’. But the irony doesn’t take anything away from the images of occupation and murderous destruction of a people and a country. Rather it reinforces it and makes it all the more powerful. The intercutting of a funeral scene with General Westmoreland’s claim that ‘people of the Orient don’t put as high a price on life as us in the West’ is simultaneously the most heartbreaking and enraging sequence in the whole film.

Davis does well to represent the contradictions of this racist ideology and highlights the significance of class during the war. The film shows a Vietnamese capitalist positioning his companies to benefit from the destruction while a US factory prepares body parts for veterans who’ve lost their limbs. Interviews with these soldiers demonstrate the ideological effects of the war as well as the physical. And the parallels with Iraq are more than evident. Yet it is not so much the similarities but rather the differences that are most striking here. The comfort with which US soldiers walk down the streets of Saigon, for example, are inconceivable today anywhere in Iraq.

Unfortunately, the film ends quite abruptly and you get a sense that many questions are left unanswered. The defeat of the US at the hands of the Vietcong, the anti-war movement at home and consequently the refusal of American GIs to fight features little or not at all. This leaves you with a slight taste of pessimism in the back of your throat. But let’s not forget the context in which this film was made in 1974 (when the Vietnam War was just coming to an end), or the circumstances in which we watch it now and reflect on it. Hearts and Minds is not only a poignant indictment of Vietnam but of all wars in general – of their brutal reality and of the lies that are necessary to make them happen. This is where it draws the biggest parallels with Iraq, and this is why you must go out and watch it. 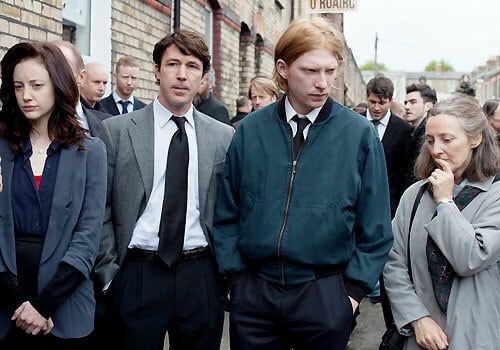