This article is over 1 years, 9 months old
The recent attacks on the BLM movement in Glasgow has exposed the alliance of loyalism with the far right, reports Mark Brown
By Mark Brown
Downloading PDF. Please wait...
Monday 09 November 2020

Following the racist police murder of George Floyd in Minneapolis, the Black Lives Matter movement reignited across the US and spread rapidly throughout the world. In the UK, protests included the statue of hated 17th-century slave trader Edward Colston being thrown into a river. With sections of the right-wing press fulminating against such “vandalism”, some kind of racist backlash was all but inevitable. In London, far-right thugs — who claimed to be protecting statues and monuments — shamed themselves by urinating beside a plaque commemorating a murdered police officer and giving Nazi salutes at the cenotaph.
In George Square in Glasgow, hundreds of Loyalists going under the name of, first, the Loyalist Defence League (LDL) and then the National Defence League (NDL) rioted twice in one week. The second riot was a targeted attack on refugees and their supporters protesting against the appalling conditions faced by asylum seekers in the city. Like their counterparts in London, the far right thugs in Glasgow organised on the pretext of “defending the cenotaph”, despite there being no threat to the war memorial. The LDL and NDL monikers were conveniently created because Facebook had been forced to close the account of the Scottish Defence League (sister organisation of the English Defence League).
They were organised through a political loyalism that continues to hold sway with a minority of Protestants in Scotland. This strand of reactionary, sectarian politics is strongly connected to loyalism in the north of Ireland and is reflected in the persistence of Orange parades, particularly in the west of Scotland. Notably, the Orange Order in Scotland refused to condemn the far-right thuggery in Glasgow. Orange Lodge grand master Jim McHarg described the Loyalist rioters as people “gathered for the purpose of protecting statues”. He also said he saw no racism from the far-right mobs. Scottish Police Federation chair David Hamilton disgracefully tried to equate anti-racist protesters and the far right.
“There is no moral high ground to be claimed,” he wrote. “Right or left; green or blue; unionist or nationalist; statue wrecker or statue protector, your side is as guilty as the other.” It was crucial that the anti-racist movement responded. On June 20 – just three days after the second Loyalist riot – Stand Up to Racism held a superb, physically distanced mass protest reclaiming George Square for the anti-racist majority in Glasgow. In recent years Scottish loyalism has also violently attacked supporters of Scottish independence, Irish Republican marchers and Catholics coming out of church. It serves as a reminder that Loyalist sectarianism has long been connected with the far right.
The myth persists that Scotland has a sectarianism problem, but not a racism problem. However, the long-established Jewish, Italian, Chinese and south-Asian communities, as well as more recent arrivals from Asia, Africa and eastern Europe, can testify that the country is far from immune to racial prejudice. Steeped in pro-imperialist, monarchist and sectarian bigotry, loyalism on both sides of the Irish Sea has always been a deeply reactionary ideology. It’s no surprise that, in 2020, it should find itself allied with the far-right backlash against BLM.

Architects of their own liberation 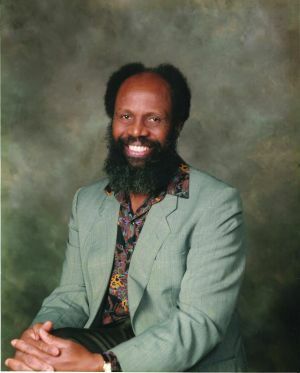