Ludo and the Power of the Book

Anyone with the remotest interest in miscarriages of justice should not delay in purchasing Richard Ingrams’ biography of the journalist and TV presenter Ludovic Kennedy. This is not a traditional biography, setting out in detail the events of his life, but instead a testimony to his contribution to his groundbreaking campaigns for justice.

Today we may assume that there have always been journalists to take up the causes of miscarriages of justice, but before Ludovic Kennedy that was not the case. He started a tradition in 1961 when he wrote the book Ten Rillington Place, about the conviction and hanging of Timothy Evans for murder in 1950. Kennedy challenged comprehensively that Evans was guilty, and in so doing exposed the real culprit, serial killer John Christie. Kennedy’s book was a crucial weapon for others to argue for the end of the death penalty.

That was Kennedy’s first big case. Ingrams skilfully and intriguingly summarises the other big miscarriages of justice he took on: the case of Patrick Meehan, wrongly convicted of a murder; the Luton Post Office murder concerning David Cooper and Michael McMahon; and the hanging of Richard Hauptmann in the US in the 1930s.

The journalistic skill he could bring to a case (alongside lawyers and campaigners) involved a drive to understand and investigate the detail so as to comprehensively establish that the evidence before the jury was illogical or unsound. He took particular care to understand not just where the evidence had been distorted but why.

He learnt this from the outset in the Timothy Evans case, where he obtained the trial papers and discovered that there were different versions of statements of crucial trial witnesses. He located one of those witnesses who confirmed that the police had put immense pressure on them to change their statements.

As Ingrams writes, “The evidence of the altered statements…casting serious doubts on the validity of Evans’s confession…profoundly shocked Ludo when he found it in the file. For the first time, he was faced with the indisputable fact that the police were prepared to alter evidence when it did not conform with their convictions.”

It was this lesson that led Kennedy to devote much of his life to attempting to correct other appalling miscarriages of justice, even though he knew that each further one meant another investment of years. If he sensed there were serious concerns that the evidence did not stack up he felt obliged to, as he put it, “climb Everest”.

My father Paul Foot, a journalist no doubt inspired by Kennedy, was always dismissive of the term “investigative journalist”. He would protest, “How can you be a journalist if you don’t investigate?” Sadly since his death in 2004 and Kennedy’s in 2009 we need to remind ourselves of the term. Much journalism today (with some notable exceptions) is endless individual commentary, which barely even recognises miscarriages of justice.

Hopefully this wonderful book can remind us of the importance of journalism and inspire others to invest the skill and time required to both understand and expose the miscarriages which continue to infect the justice system. 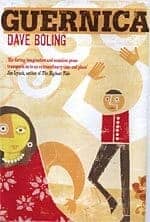 Exploring the trauma of Guernica through love and loss