Hinduism is associated with the cow as a sacred animal and to be a Hindu is synonymous with not eating meat. But like all religious doctrine there is plenty of mythmaking and mysticism that goes with this. This excellent new book by D N Jha challenges the sanctity of the holy cow and exposes the mumbo jumbo surrounding this.

Jha robustly challenges the belief that Hinduism has always practised abstention from beef eating. He shows that from the earliest period of Hindu history, ritual horse and cow sacrifice was a common practice. Early Aryans who migrated to India some three and a half thousand years ago were pastoral, semi-nomadic people, who brought with them the tradition of cattle rearing and flesh eating.

Cattle were the most valued possession of the Aryan, signifying wealth and ability to make great sacrifices to the gods. Jha cites numerous references from religious texts, such as the Rg-Veda to the great epics of the Mahabharat, which show that animal sacrifice was a common practice. This applied to public ceremonies and domestic rites such as festivals, weddings and funerals. To serve meat for guests was a sign of great respect and hospitality. Vedic law texts list all sorts of animals that cannot be eaten–the cow is conspicuous by its absence.

Buddhism is also associated with vegetarianism and pacifism. The Buddhist tradition challenged the Vedic dominance of brahmins but Jha argues they still continued the practice of animal sacrifice.

The strength of Jha’s analysis is in locating the shift from beef eating to a non-meat diet in the changing India of medieval times. Rural India witnessed a huge expansion in agriculture as pastoral, nomadic society gave way to settled agriculture where the cow and other livestock become central to production. Working on the land had been the preserve of the cultivator caste but from the second century AD it grew to incorporate the poor and priests. The latter played an increasing role in agricultural development through the practice of land donations by kings to priests in return for spiritual services. It is here that beef eating begins to become associated with pollution and evil spirits. Religious texts and law books are modified to describe cow eating as unclean, and beef as well as other meat begins to disappear from the menus for brahmins and the upper classes. Not so for poor peasants who continue to eat all meat, including beef, and are classified as impure and untouchable. Law books begin to prescribe punishments for cow killers such as fasting for 25 days and feeding brahmins. In this way Jha clearly shows the modern basis for caste in India.

The ‘sacred cow’ has come to symbolise modern Hindu identity. Yet there is no cow goddess, temple or shrine. But this has not stopped Hindu communalist forces demanding the complete ban of cow slaughter as a means of scapegoating Muslims. This, Jha argues, is the real agenda of the BJP government and its allies. So it is no accident that the book is already banned in one state and the author threatened. This little gem of a book provides a wealth of evidence exposing myth creation and the way symbols are used politically to divide people. 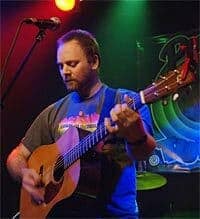 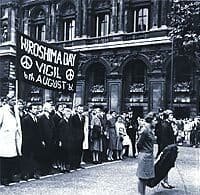