In 1968 the world appeared to have been turned upside down. The students and then the workers of Paris brought France to near revolution. The anti Vietnam War movement raged throughout the United States, radicalising students throughout the Western world, including Britain. Blacks in the US were fighting back against their oppression, people in Czechoslovakia were in revolt, and in Northern Ireland a civil rights movement was set to turn the entire state on its head.

I didn’t live in any of these places. Instead I was stuck in the conservative backwater that was the Republic of Ireland. Yet ours was a state whose revolutionary foundations had been far more recent than those of any of the countries in revolt – how could this be?

Peter Lennon, an Irish journalist, had moved to England. Each time he returned home he noticed two things: firstly, that the events which were exciting him so much were having little impact on the Irish Republic; secondly, that friends and acquaintances who would superficially agree with him would nevertheless insist that things had changed, that censorship, prudery and the domination of the Catholic church were really becoming things of the past.

He therefore set out to challenge this blinkered view, to hold up to scrutiny the modern Ireland that he believed was a gross betrayal of the sacrifice of the ‘poets and socialists’ who through their rebellion in Dublin in 1916 had laid the foundations of the Irish Republic.

Initially Lennon set out his ideas in the traditional written form of journalism in a series of articles in the Guardian. But inspired by the new wave of filmmakers coming out of France – Goddard, Truffaut and the like – he began to see film as the medium to make his point. With astonishing bravado (he had no experience of filmmaking), Lennon asked the visionary new wave director of photography, Raoul Coutard, to make Rocky Road to Dublin with him. It says something of the times that Coutard, a man who had worked with all the distinguished new wave French directors, said yes.

So the film was made. Shown very briefly in Ireland, and then essentially banned, the film went on to appear at the 1968 Cannes film festival. It proved to be the last film to be shown before Goddard and Truffaut made a dramatic appearance at the festival, demanding (successfully) that the event be halted in solidarity with the Paris protesters.

The film went on to enjoy its first international screenings in the basement of the Sorbonne surrounded by the whiff of teargas. It became a favourite with radicalised French students as it seemed to ask ‘how’ and ‘why’ revolutions go wrong, and what should be done to make sure theirs didn’t. All of this is shown in The Making of Rocky Road as the now ageing Lennon and the still fascinating Coutard describe their experience.

As for the original film, it is enthralling. One of the things that fascinates is that, although I recall as a teenager raging about the Catholic church and the mind-numbing conservatism of my environment, much of what now looks shockingly bizarre seemed normal at the time.

The film highlights the immense power and patronage of the church. Even the ‘trendy priest’ they put forward to represent them in the film is an appalling, patronising, censorious big-head (also a pure hypocrite as it turned out – he later became famous as a right wing moralist who had had a mistress for years).

In today’s Ireland, priest child abuse, bishop cover-ups and the existence of mistresses are exposed. The population increasingly ignores church dogma on sex, divorce, contraception and abortion. At the time of Rocky Road even questioning any of this was unthinkable for the vast majority. Men and women were segregated in almost every area of life, women were just beginning to frequent pubs and even dances looked awfully awkward affairs. Children in school were taught first and foremost ‘the Catechism’ – the rote learning of Catholic dogma, especially concentrating on ‘sins of the flesh’.

In every aspect of the film, from morality to sport, to religion and politics, a frightening backwater is painted. A group of Trinity College students discussing the press, for instance, explain that there are three main national newspapers: the Independent (mouthpiece of the church), the Press (mouthpiece of the largest political party, Fianna Fail), and the Irish Times (mouthpiece of the fading Anglo-Irish ascendancy).

Lennon’s film argues that not a vestige of the socialism or idealism of 1916 remains. It does not expose all of this through preaching, but, far more damningly, by letting the Ireland of the time speak for itself. All these years later the film is now gaining a cult status, and deservedly so. It is well worth seeing.

A Mix of Old and New 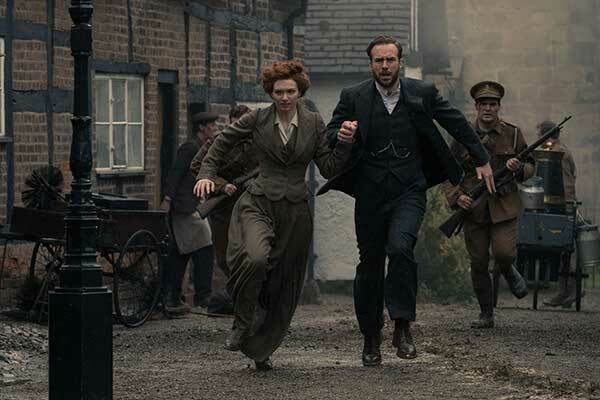 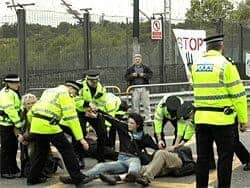 David Ferrard interview: 'Singing for change and standing up against war'