Marching in the rain

Last month around 80,000 people marched in Glasgow for Scottish independence, in drookit weather that echoed the results of the general election a month earlier — though like the results, the weather didn’t hamper the desire for change.
The demo maintained its anti-Tory message, but it also carried within it a grander vision of a more socially-just Scotland.

The SWP plays an important role in keeping that vision alive, as do other groups such as Stand Up to Racism. However, there’s a danger that activists might become fatigued from the lack of progress towards independence.

The request from the SNP for a second referendum has predictably been brushed off by Boris Johnson, and Nicola Sturgeon remains without a solid plan B. The SNP will likely seek to ask the British courts — a loyal institution of the British state — to grant permission for a vote.

Sturgeon hopes the hunger for independence will see another victory for the SNP in the Scottish parliamentary elections in 2021, though this is liable to produce another ineffectual mandate.

Furthermore, if the SNP win their desired majority, it would likely be at the loss of Scottish Labour votes, as the polling trend is predicting. That result wouldn’t offer any relief for the most vulnerable in society, who are feeling the brunt of the SNP’s quasi-left wing policies.

Scottish Labour leader Richard Leonard proposed a policy for a federative Britain, though this was subsequently rejected by the Scottish Executive Committee.

With institutional options falling flat, it is time for the movement to take a more radical turn, by looking to direct action and civil disobedience.

Extinction Rebellion can offer inspiration, though trade unions and socialists must also motivate the movement to empower people through collective action. 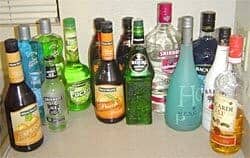