Margin Call is a new blockbuster directed by JC Chandor, starring Kevin Spacey and Demi Moore. It’s set at the beginning of the banking crisis in 2008. The film gives an inside view of a Lehman Brothers style investment bank over the 24 hours during which they realise that the firm is on the brink of collapse.

The opening scenes show a subdued office as employees are picked out, like lambs for the slaughter, to be made redundant. One of those who loses his job is Eric Dale, who works in the risk management department. His attempts to explain that he has been working on something that needs to be finished falls on deaf ears until he passes his junior, Peter Sullivan, a memory stick, warning him, “Be careful”.

Peter stays late looking at Eric’s work and discovers the danger Eric was talking about: the company stands to lose more than its total value. He calls his colleague Seth Bregman, the other worker in the risk department, and their boss Will Emerson back to the office. When Will arrives he says jokingly, “Frankly I don’t even know what you guys do.” But soon the numbers are explained to him and he calls in his own boss and two senior accountants to verify the information, which seems to be correct. They then call the CEO of the company, who is clearly meant to portray the CEO of Lehman Brothers Richard Fuld. He flies in by helicopter to yet another tense meeting. By this point it’s 4am. John says in the meeting “This is the big one” – the only thing they can do to survive is to liquidate their worthless assets, which they know will cause catastrophe on the financial markets.

On the whole the film gives a very good insight into the inner workings of companies like Lehman Brothers – the brutality, the strong sense of hierarchy, the fact that they were oblivious to what was really happening as long as they were turning over a good profit. The acting and the dialogue are sometimes a little stiff but the plot and the cinematography compensate for this. The film is quietly critical of the risks the bank took and the high salaries and bonuses they doled out to their executives. At the end the stockbrokers are offered a bonus of $1.4 million if they can sell off 93 percent of their bonds.

The film doesn’t see an alternative to the system it depicts. Today if the bankers looked out of their office windows they would see the anti-capitalist Wall Street occupations, offering an alternative. 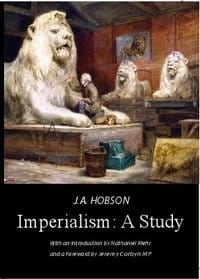