2017 is the 150th anniversary of the publication of Volume 1 of Capital and David Harvey rightly wants to commemorate this with a reassertion of the importance of Marx’s writings on political economy and the insights they can provide in understanding the world in which we live. The title (taken from Marx) is apposite in foregrounding the economic madness of a world in which problems of hunger and shelter could be solved, but where property is about making money and the Earth’s environment is being destroyed.

Furthermore, Harvey is right to insist on the importance of understanding the “laws of motion” of capital in contrast to modern economics that was unable to explain the banking crisis of 2007-8. The exploitation of labour is the source of profits and Harvey states unequivocally, “the basic Marxist insight stands: the problem for emancipatory politics is to liberate the immense productive forces from their social and political constraints, in short their domination by capital and a particularly noxious form of an imperially minded and increasingly authoritarian state apparatus. This task could not be clearer.”

But an important criterion for an exposition of Marx’s writings should surely be in relation to developing an “emancipatory politics” in the way Harvey states. Here there are weaknesses and a lack of clarity which are not helpful. His analysis of capitalist crisis is unsatisfactory. He downplays the significance of the struggle between labour and capital while emphasising the different kinds of alliances that the left has to engage in without specifying what kind or on what basis.

The revolutionary tradition has never simply focused on struggles at the point of production nor ignored the questions of alliances. Recurring mass campaigns in Europe alone since 1945 over issues such as imperialist war, racism, fascism, abortion rights, water rights, housing and fracking have usually been street or land based as opposed to struggles at the point of production. But this begs the question of the difference workers’ collective action on these struggles could have had. The initial success of the revolutions in Tunisia and Egypt was surely the role of organised workers in engaging as workers in the street battles for change.

Harvey accuses Marxists of “single bullet” politics, unlike Marx. He outlines “seven moments” in society (technologies, the relationship to nature, social relations, the mode of material production, daily life, mental conceptions and institutions), all of which have to change if there are to be successful transformations. On Russia 1917, Harvey writes, “What constitutes a revolution is not a political movement or a disruptive event like the storming of the Winter Palace.”

Revolutions are made up of a huge ferment of movements (for land, bread and peace in 1917) but if the productive forces are indeed to be liberated then surely the class which sits at the heart of the production process has to wrest control of those forces from the ruling class to ensure the success of an emancipatory struggle for liberation? 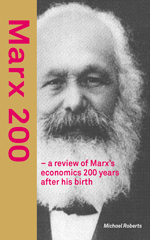