On 18 March 1871 French head of state Adolph Thiers sent troops into Paris to capture cannons from the mainly working class National Guard. In a few hours thousands of ordinary Parisians, especially women, took the streets; troops had refused to shoot, generals had been shot for murder and the working class found that it held the city. This “unexpected revolution”, known as the Paris Commune, lasted only a few weeks, finally overrun on 28 May by the regrouped troops from Versailles. But it was the first time that the working class took charge and ran a huge city including its public services.

Merriman’s account celebrates the Commune, but largely focuses on its repression, revealing the disgusting gloating of the upper classes as they watched the slaughter of tens of thousands of working class people. His sources are mostly the letters and diaries of people who fought for Versailles or were desperate to defeat the Commune, but he is firmly on the Communards’ side. So despite the depressing title there is a strong impression of the Commune’s joyful sense of liberation and its reflection in music, newspapers, puppet shows and education. There is also a good deal about people’s extraordinary heroism and women teaching or opening businesses, fighting on barricades and nursing the wounded.

When the Commune was suppressed, possibly as many as 30,000 people were butchered. There are the famous stories of the women accused of arson, the “pétroleuse” shot for carrying a bottle, but Merriman stresses that hundreds were killed for simply looking poor, including old people. Hundreds of children were killed alongside their parents or for being out in the street. The upper classes were desperate to cover their fear and so cheered and egged on the killing.

Merriman details how the French state tried to cover up the scale of the slaughter as word and shock spread across Europe at the news of the machine gunning of prisoners. Even today right wing liberals are trying to downplay the horror — witness the New Yorker review of this book.

The French ruling class was desperate to kill the Commune and the Prussian ruling class was happy to help so that the bourgeoisie could “get back to business”. But if they hoped to instil total fear and wipe out the memory of the Commune they failed. Merriman points out that Paris was under martial law till 1876 but thousands of people came to the train station to meet leading communard Louise Michel when she was allowed to return in 1880. And on 1 May 1890 Michel led a workers’ demonstration.

The Commune showed that ordinary people, workers, could run their own lives and their city with humanity and principles in very difficult circumstances. But it also showed, as echoed now in Egypt, that the ruling class will stop at nothing to take back control. It isn’t enough to outnumber them; we must also out-organise them. 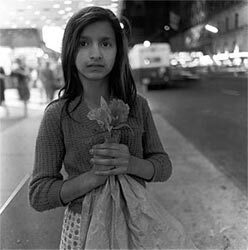 Social Structure and Forms of Consciousness