Fusing art and politics has never been so easy. The growing global anti-war movement means that great anthems of hope and inspiration, which celebrate the joy of mass resistance, can be recorded. This fundraising CD, which is available from major retailers as well as activists, does just that. For me there was only one choice for best song–‘The Unpeople’, which brillantly samples John Pilger, edges it over Asian Dub Foundation’s use of Tariq Ali’s melodious tones.

But I have alway been a sentimental sort, and this CD is about war, its horror and brutality, and its victims’ suffering. ‘Nagasaki Nightmare’, an old classic, is not easy listening, and nor should it be. Such songs are important for those dark moments in life, when the day to day tasks of building the movement are temporarily forgotten and we try somehow to comprehend how it must feel to be an Iraqi in Baghdad, and the immense dread and fear they must be feeling right now. The chilling reminder of the mushroom cloud, the darkest cloud the world has seen, hangs over us all as we try to stop this horror.

A good way to snap out of such morbidness is anger–raw anger directed at the bastards responsible for such atrocities. That seems to be the approach adopted by Public Enemy: ‘I ain’t callin’ for no assassination/I’m just sayin’ who voted for this asshole of the nation?’ Public Enemy sound hard, and they’re onto Bush–it’s good to know we have such people on side as we have our own ‘asshole of the nation’ to deal with.

Overall it’s a great feeling that many well known artists–Ms Dynamite, Chumbawamba, Asian Dub Foundation and Billy Bragg, to name a few–have all been moved to produce something for this album. This is particularly so with Ms Dynamite, as she continues to behave as we would not expect a mainstream celebrity to. A great thing about having big names produce music for a mass movement is that it takes them down off their pedestals and away from the trappings of glamour. And we don’t feel like passive consumers in awe of fame–rather we sense that we matter and these people are just contributing towards our own strength, which we gain from the movement. Ginger Tom’s ‘Hey Hey USA: How Many Children Did You Kill Today?’ was in a sense written by all of us who have marched and chanted over the last 18 months.

‘So here’s a toast to all the folks who live in Palestine, Afghanistan, Iraq and El Salvador.’ Ani DiFranco sums it up halfway through the first song. The ‘Peace Not War’ CD is a great compilation–the perfect soundtrack to the mixed emotions of horror and hope each of us is going through every day. Hope must win out–play it in public on the streets or at gigs, use it to build 15 February and after. This is no souvenir, and it will only become a ‘classic’ compilation if we can halt Bush and Blair’s war drive. 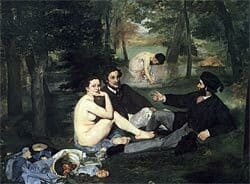