Today’s political struggles necessarily involve an ideological battle over history, which in turn leads to theoretical arguments over the nature of history. Marxists have traditionally held a distinctive position in this theoretical argument, known as historical materialism.

As an organisation it fell apart at the beginning of the First World War, and its version of Marxism has since often been dismissed as crude and pseudo-scientific. But Blackledge uncovers evidence that key Second International thinkers such as Karl Kautsky and Georgi Plekhanov were, at their best, far more subtle Marxists than the stereotypes would allow.

Blackledge demonstrates that, while their work was certainly flawed, it cannot be simply dismissed as a “mechanical” or “fatalistic” misreading of Karl Marx. Nor was the relationship between their theories of history and those of Lenin and Trotsky simply a radical break.

Moreover, the debates around the Second International’s version of Marxism have to be set in the context of the intellectual arguments and political struggles of its time. Blackledge pays a great deal of attention to this background, including fascinating details of the different ways in which Charles Darwin’s theory of evolution was received in the US and Germany.

Another chapter examines the long running debate over “agency” in history – to what extent can the course of history be affected by the subjective decisions of historical actors?

Blackledge approaches this argument through a comprehensive overview of debates among left wing intellectuals in France after the Second World War. The controversial legacies of two philosophers, Jean Paul Sartre and Louis Althusser, are treated in a refreshingly rounded manner.

Given these strengths, I personally found it puzzling that the publishers seem to have packaged the book as a general introduction to Marxist theories of history. In particular, the book opens with what I felt was one of the weaker essays, which offers a brief overview and defence of historical materialism against the theory’s academic detractors.

The problem is that we are initially presented with distorted versions of Marxism, and only then told how a more sophisticated interpretation of Marx can avoid these pitfalls.

These caveats aside, Blackledge has produced a valuable guide to the arguments that surround the Marxist theory of history, one that will be a vital reference point for socialists involved in these debates. 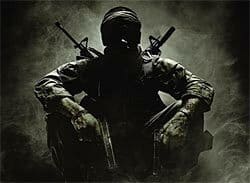 Class struggle in your video store