This article is over 11 years, 3 months old
Portugal became the third of the Eurozone "PIGS" (Portugal, Ireland, Greece, Spain) to apply for a bailout from the European Central Bank (ECB) last month.
By Ruth Lorimer
Downloading PDF. Please wait...
Sunday 01 May 2011

For several months we’ve been told that the bailouts of Ireland and Greece had solved the Eurozone’s problems once and for all. A Portuguese bailout was out of the question because measures had been taken to get the economy back on track. But jittery investors and credit ratings agencies have forced the decision.

Portugal’s prime minister Jose Socrates failed to get parliament to accept his austerity package, amid anger and strikes from trade unions. His resignation triggered panic in the bond markets at the prospect of political limbo and social unrest.

Just one week later the credit ratings agency Standard and Poor downgraded Portugal, declaring the country’s economic outlook “negative”. This pushed the price of government bonds up from 7.7 percent – already unsustainably high – to almost 10 percent, double the rate being offered on the ECB loans.

The total bailout is still being negotiated as we go to press, but could be up to €80 billion, and the conditions will include harsh austerity measures to improve Portugal’s competitiveness – probably even more stringent than the budget just rejected in parliament.

In the days following the announcement economic analysts rushed to declare – once again – that this would be the last bailout in the Eurozone, as the Spanish economy was in no danger, and the austerity medicine was working.

The evidence, however, suggests these claims are suspect. Since the Portuguese crisis the major Irish banks have been downgraded to “junk” status, and the creditworthiness of the Irish government itself to just one notch above.

In Greece waves of opposition to the austerity measures imposed along with the bailout have led to fears by investors that the country is becoming “ungovernable” and sent bond prices soaring, leading to the possibility of debt restructuring or default.

But the biggest fear is that Spain – “too big to fail, too big to save” – will soon be in the same position as Portugal. A Spanish bailout could cost over €400 billion, more than Portugal, Greece and Ireland put together (approximately €265 billion). Despite claims that the economy is making a fragile recovery, unemployment in Spain is over 20 percent and rising, growth is slower than in Portugal, and the Spanish banks are heavily exposed to bad debt from the burst property bubble.

To make matters worse for all the weaker economies, interest rates are going up for the first time in three years. This reflects the needs of booming economies like Germany, but for the PIGS it means that the only means of making their economies more competitive is to drive wages down even further.

Whether or not the Spanish economy collapses in the near future, this new round of bailouts proves, if more proof were needed, that the global financial crisis has not been resolved.

The mainstream interpretation of the financial crisis is that it was caused by US subprime mortgages, and that the difficulties we are now facing are due to the problems of recovering from such a shock.

But this seems to be based on a naive assumption that there isn’t another bad debt crisis waiting to explode. The Spanish banks are a time bomb which could pull the whole Eurozone into a new crisis.

What’s more, the downgrading of the Irish banks, and the “business as usual” attitude of resistance to changes in financial regulations from the banking sector prove that the same sort of practices are still going on, storing up more problems for the future.

The crisis we are going through is much deeper than mainstream economics can account for. Marx warned that capitalism is inherently prone to periodic crises, but that as the system got older, these would become deeper and more protracted.

This crisis still has a long way to go and will continue to shape global politics for many years to come. 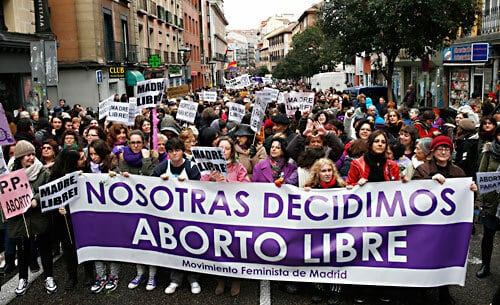