This book, beautifully produced, is a collection of memories of Liverpool in the 1930s and 1940s. They are recalled by a group of 15 older women, three of whom are octogenarians, others in their mid to late seventies and the youngsters who are between 50 and 60 years old.

The women had all attended a ‘second chance to learn’ course at Liverpool Community College. After the course ended, they stayed on to study ‘Women’s History, Women’s Lives’, another optional course, and from this became conscious that women, particularly working class women, had been overlooked in history books. They sought to redress the balance by writing books such as ‘Born to Serve’ and ‘Women on the Waterfront’.

Later, schools requested that they visit and tell the children what life was like when they were young. However, travelling on public transport proved difficult, but an opportunity arose to use the Maritime Museum for a base and the children could then come to them, plus they had the opportunity to borrow artefacts. They describe how they set up scenes, using painted backdrops and various props, representing a typical kitchen or corner shop, and engaged the children in workshops, describing how the women coped with the poverty and drudgery, reproducing and acting out such scenes as the weekly bath night in the 1930s.

The 1940s workshops deal with the war years, the separation and disruption of people’s lives, and the threat of bombing. The women bring humour, songs and rhymes into the workshops and the children appear to get fully engaged. After the description of the workshops each of the women relates her own story of what life was like. Many of these will certainly arouse anger at the appalling injustices suffered. One example, which makes clear the nature of the system, was the story of Vera’s father, who was gassed in the First World War, and received a pitiable pension which was stopped after a short time. He managed to obtain a job but never regained good health and died when Vera was six. Her family had to apply for Public Assistance and suffered the harassment of the PA official, who ordered them to sell any item he deemed not to be essential for their existence. (They didn’t have a radio so he ordered them to sell their gramophone.)

From the descriptions and illustrations in the book, up to the 1960s Liverpool must have had some of the worst housing in Europe. Many working class families lived in two up two down houses, with no bathrooms, no piped hot water, and shared toilet facilities. Washing clothes and sheets without machines meant a whole day was spent on that chore alone. Later washhouses helped to ease the burden and were places where women could socialise.

Before the NHS illnesses were particularly feared. One of the women remembers her mother’s dilemma when as a child she fell ill and her mother paced up and down, waiting for her husband to come home to ask him whether she should send for a doctor or buy food for their tea as she could not afford both.

Life was not totally grim. Though they could rarely afford holidays, they recount the days out, on the ferry to New Brighton, the beach and the donkeys, the walks in the Wirral and the escape of a night out to the cinema, or a dance at the Grafton.

The experiences of the war are poignantly described, particularly the experiences of evacuation, mainly to North Wales or Cheshire. Some children had good experiences, appreciating the beauty of the scenery and the abundance of fruit and fresh eggs. Others were not so happy being treated as cheap labour on the farms or filling in for servants lost to the richer houses because of the call-up. Though there were grim experiences during the war, one woman recalls that the poverty and hunger of the 1930s were much worse than anything she suffered during the war years.

The women who contributed to this book should be proud of their achievement. It is a valuable contribution to our social history. One question arises, however. The courage, ingenuity and determination of the women are clear from these pages, but there are no stories of collective action against the injustices.

I recall that my own mother (who was a union organiser of women cleaners on the docks in the First World War) was involved, in the 1930s, with a small band of Labour Party members in various fightbacks against injustice. They engaged in threatened rent strikes, and defended neighbours against bailiffs, and this in Bebington, not known as a hotbed of revolution. Birkenhead had its riots. Perhaps there are more stories to be recalled by the group who produced this fine book. 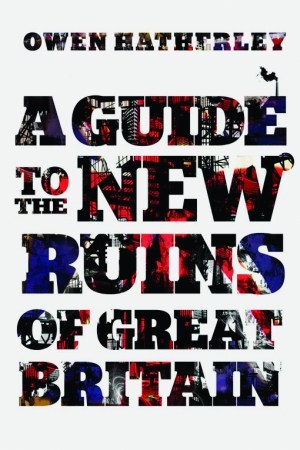 A Guide to the New Ruins of Great Britain