The Message is set in Shimba, a fictional East African country in the middle of a civil war. Shimba is rich in a mineral – shimberite – that is used in mobile phones. The population is desperately poor. The rebel movement is led by a man claiming to be the Mahdi – the prophesied saviour of Islam. He leads a chaotic force of fighters against a government who until recently ran Shimba in Western interests.

Shimba is being stalked by mercenaries, aid workers and Iranian and British secret forces. The novel follows the adventures of a small SAS group dispatched to assassinate the Mahdi. This is a world of hard, cynical politics where only imperial concerns and profits matter. There is also an aid worker, Foy, who gets caught up in the fighting having originally travelled to Africa for an authentic experience helping the poor – instead she gets pulled into Shimba’s tragedy.

Foy is kidnapped by a family of brutal mercenaries from Ipswich hired by the Mahdi to defend his power. The backdrop of the novel is the revolutions in North Africa that have cast imperial policy into a panic as countries struggle to maintain their influence on a region that is rapidly mutating – because of mass upheavals, but also wars caused by the legacies of foreign interventions and resource wars.

The book is hard-hitting, challenging and written with incredible dexterity and energy. The SAS men, little more than mercenaries themselves, have no illusions about what they are doing. Their world is cast into simple dichotomies of “primitive” Africans and “available” women. The Iranian regime seeks the same control over the country as the meddling and violent British, only on different sides. The Africans we encounter are doomed to be both its innocent victims and dupes to movements that offer them nothing.

Africa’s conflicts turn its participants into exactly the savage and broken characters described in The Message. The aid worker on a mission to assuage the guilt she feels at her middle class privileges by being a “better person” is nothing more than another useless Westerner seeking adventure and salvation in Africa. The Message has stripped down the world into its brutal components.

The story is not far from reality. The Congo’s recent wars drew in the exactly the same motley crowd of US and British special forces on “training” operations and regional countries jostling, through competing rebel armies, for control of the country’s extraordinary mineral wealth. The murder and mayhem of The Message is one side of the continent’s globalisation after decades of imperial squabbling, humanitarian intervention and structural reforms.

The alternatives are bleak for a country riven by these wars. As Beasley, one of the SAS men in The Message observes, “We thrive on unpredictability and we’re adaptable. Three weeks after we reopen diplomatic channels, we’ll have their Mahdi as corrupt as the old boy was, and twice as nice, stops things from going stale.” 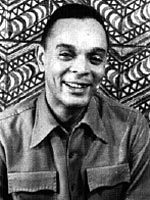