This article is over 10 years, 6 months old
As major industrial struggle seems set to make a return to Britain, Dave Sherry looks at the strategy and tactics of the revolutionary left during the period of intense class conflict which gripped Britain between the end of the First World War and the General Strike of 1926
By Dave Sherry
Downloading PDF. Please wait...
Friday 01 July 2011

In 1920 the best parts of the revolutionary left came together to form the Communist Party of Great Britain (CPGB). It was soon put to the test.

Its first big challenge was the relationship between the “official” and “unofficial” wings of the trade union movement and how to work both with and against a newly emerging group of leftwing officials in the face of a deep recession and a vicious state offensive.

In trying to develop the fight back today we face some of the same challenges, so the National Minority Movement, the CPGB’s key trade union initiative in the early 1920s, merits attention. Despite claims to the contrary the Minority Movement was not launched as a fully fledged rank and file movement, but as the necessary step towards one.

Ultimately it failed because of ambiguities about its aims and the mistakes made later on by a confused leadership. But it did achieve significant success. By 1925 it had acquired a level of support that could, with different tactics, have paved the way for the building of a genuine mass rank and file movement.

The high point of workers’ struggle after the war was 1919. By the time the CPGB was formed the initiative had passed to the employers. With the post-war boom over, unemployment soared and the bosses launched an offensive to claw back the gains of the previous decade. Union membership plummeted.

In March 1921 the miners were locked out and on “Black Friday” the following month the leaders of the two other unions in the “Triple Alliance” called off their promised sympathy strike and abandoned the miners.

Engineering had been the backbone of the wartime shop stewards’ organisation, but it was broken after a four-month national lockout in 1922. As workplace organisation collapsed, the focus of power shifted upwards to the union officials and workers became more reliant on the bureaucracy.

Initially the Communist International had called for building Communist parties based on factory cells and workshop committees. But as leading British Communist JT Murphy explained, “We had a powerful shop stewards movement. But it can only exist given objective conditions. How can you build factory organisations in empty and depleted workshops?”

The Communist International changed tack and urged Communist parties to focus on building united fronts with reformists, including in the unions. It was in pursuit of this objective that the CPGB launched its major initiative – the Minority Movement.

The party organised conferences in 1922 on the theme “Back to the Unions – Stop the Retreat”. The London conference was attended by over 300 delegates from trades councils and union branches. Successful regional conferences were also held.

Programmes were developed with specific demands for each industry and for reforms within the union concerned. The name Minority Movement came from the right wing’s refrain about “a minority of troublemakers”. Unofficial Miners’ Reform Movements had existed before the CPGB had been formed. One of the first achievements was to coordinate them and the Miners’ Minority Movement was launched in January 1924 with its own paper, The Mineworker, and AJ Cook, who was identified with revolutionary politics, was elected as secretary of the Miners’ Federation.

A Metalworkers’ Minority Movement was formed and similar movements were begun in other industries. In August 1924 a National Minority Movement conference was convened and 270 union delegates attended, a considerable achievement.

The CPGB accepted it could only win the support of the workers’ through their involvement in trade union struggles and that it should seek united fronts with reformist workers in support of these struggles. But operating correctly, revolutionaries could show workers their collective power and challenge the grip of reformist leaders.

It was stressed that this had to be pursued, not primarily by agreement with the leftwing union leaders, but through building among the rank and file and developing Minority Movements capable of fighting independently of the officials. As JR Campbell wrote in October 1924, “It would be a suicidal policy for the Communist Party and the Minority Movement to place too much reliance on what we have called the official left wing. The revolutionary workers must never forget that their main activity must be devoted to capturing the masses.”

With that in mind, the conference adopted the aim of rebuilding of factory committees on the lines of the wartime shop stewards’ movement. This pointed in the direction of encouraging the building of genuine rank and file organisation from the bottom up.

But another demand pointed in a very different direction – for greater power for the TUC. This call had been heard before. In 1921 the Black Friday sell-out was widely, yet wrongly, interpreted as the result of a lack of unified command. This revealed confusion and illusions within the Minority Movement leadership about the nature of the trade union bureaucracy.

A modest economic upturn in 1924 saw working class combativity revive, and the tide in the unions was now flowing leftwards. Minority Movement influence grew. Affiliations leapt from 200,000 to 957,000 between 1924 and 1926. In mining, 200 Minority Movement branches were formed. The movement’s influence was weaker in engineering and transport but it grew considerably there too.

Throughout this period the Minority Movement led struggles in mining, railways and engineering. It constantly fought for influence and for united action based on organisations like local Councils of Action, to overcome narrow craft and union divisions. So far the CPGB had done a good job. It had developed independent revolutionary organisation, increased its membership to 6,000 and established solid links with a wide layer of militants.

By 1925 a significant group of “leftish” officials were exerting a big influence on the TUC. Although most of them maintained some sort of relationship to the Minority Movement and some owed their position to its electoral support, their leftism was largely verbal and directed mainly to international issues.

Real tests were to come. On “Red Friday” in 1925, the government and the coal owners withdrew their attempt to cut miners’ wages in the face of a threatened general strike. But though this was a victory, it was a temporary one; it was clear that the struggle had simply been postponed. The Tory government backed down only so that it could prepare systematically for the inevitable confrontation. But the TUC, including its left wing, talked left and did nothing.

The Minority Movement emphasis was on unity at local level as a prerequisite for withstanding the inevitable vacillations and betrayals by the TUC leaders. Out of the struggle for militant unity a new leadership would emerge from below, in which revolutionaries would play a key role, able to unite the class in struggle regardless of the actions of its official leadership.

Unfortunately, in the months before the General Strike in May 1926, this strategy was abandoned by the leaders of the Minority Movement. The independent movement of workers was subordinated to the needs of the growing Stalinist bureaucracy in Russia and its foreign policy interests.

As Duncan Hallas wrote in the 1980s, “From the spring of 1925 the TUC collaborated with the Soviet trade unions through the Anglo-Soviet joint TU Committee, a fact that gave the left [union leaders] a certain ‘revolutionary’ aura and a cover against critics on the left. On Moscow’s insistence, the CPGB built up trust in these left bureaucrats in the critical months of the run-up to the General Strike and subordinated itself to them. The central CPGB and Minority Movement slogan became ‘All Power to the [TUC] General Council’.”.

But pressures already existed to accommodate to the left officials prior to the diktats of the Stalinist bureaucracy. The constant danger that affected the Minority Movement and the CPGB was that, in the absence of a confident rank and file and strong shopfloor organisation, the temptation existed to simply act as a “ginger” group that looked to electing and influencing left officials and the trade union machine rather than the more demanding job of patiently building among the rank and file. There is evidence that this is what had happened in some areas of the Minority Movements’ work. The intervention of the (now Stalinist) Communist International acted to decisively reinforce such an orientation on the officials, rather than the rank and file.

So for the Minority Movement local organisation in the run up to the General Strike was no longer the means of building up a new leadership from below, as it argued throughout 1925, but merely a method of putting into effect the course agreed by the union leaders.

In May 1926 the lefts joined with the right-wing bureaucrats to sell out the General Strike, making possible a shattering defeat for the working class movement. Tragically, the real insight into the nature of the trade union bureaucracy, of both left and right varieties, that those who founded the CPGB and the Minority Movement had developed and popularised, was abandoned.

Trotsky was savage in his criticism of the slogan “All Power to the General Council”. This was not because the party supported the left officials against the right, which was essential, but because of its reliance on electing left officials at the expense of its own struggle for leadership through building rank and file organisation. The experience of the Minority Movement, both good and bad, has to be applied to what we are facing today.

Today workplace organisation is weak and confidence low. That can change and 30 June can be another big step forward. We can work with those left leaders who want to take the fight forward, but on the following conditions; first, that we use such an alliance to strengthen the rank and file and don’t simply tail or spread illusions in left officials; second, that we try to initiate and widen local struggles; third, that we criticise and break politically with any union leader who sells out the fight. 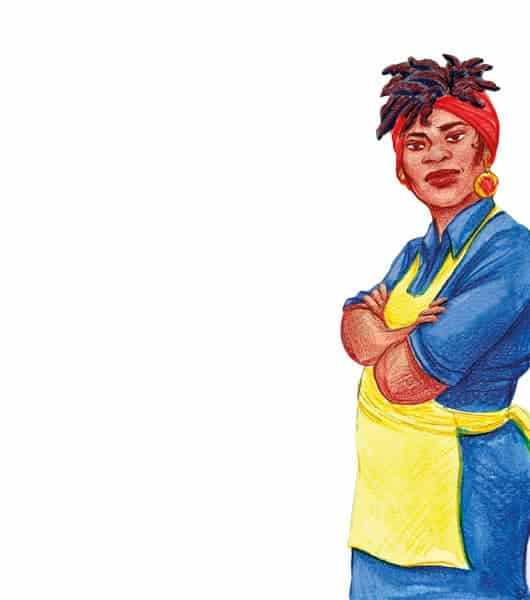