This article is over 19 years, 8 months old
Review of 'At what Cost?', Rachel Morris and Luke Clements, The Policy Press £18.99
By Susan Ram
Downloading PDF. Please wait...
Monday 02 December 2002

This study by the Traveller Law Research Unit (TLRU) seeks to fill a gaping hole in governmental auditing of one of Britain’s most vulnerable and maltreated minorities–an estimated 200,000-300,000 Gypsies and travelling people. The authors expose the hidden costs of the 1994 legislation which released local authorities from the duty of providing travellers with authorised camp sites. A primary motive for the reforms was financial. Yet no study was ever done into the costs of not providing safe, legal stopping places.

Well before the legal changes of the 1990s, Gypsies and travelling people were battling to preserve their way of life against regulation, prejudice and the relentless onslaught of ‘assimilation’. From the mid l940s, they were subject to ‘an accumulation of handicaps’ which transformed nomadism into vagrancy. Some relief came with the 1968 Caravan Sites Act, which placed a duty on local authorities to provide sites for Gypsies ‘residing in or resorting to’ their area.

By the early 1990s, however, the cost of providing authorised sites was deemed excessive. With the introduction of the Criminal Justice Act in 1994, camp provision was privatised, mass evictions were facilitated by sweeping new police powers, and the number of unauthorised camps rose steeply. Under constant threat of eviction, denied access to traditional sites now blocked or trenched off, demonised by officialdom and the media, Gypsies and travelling people became trapped in an increasingly desperate battle for survival. And, as the authors of this study demonstrate, the costs borne by everyone involved–local authorities, the police, landowners, and above all Gypsies and travelling people themselves–rose appreciably.

Spending relating to unauthorised campsites by local authorities already exceeded the £5 million annual cost of public provision–the price tag the Major government had deemed ‘excessive’. If the spending incurred by other players, such as the police, businesses and landowners was added to the bill, privatisation emerged as even more profligate. ‘Besides being an attack on the lifestyle of a minority group’, reported the Chartered Institute of Environmental Health in 1998, ‘the Criminal Justice Act has created a “merry-go-round” of evictions… the potential health risks, both to the public and the travellers, of inadequate sites include water-borne disease through inadequate water supply and food-borne disease through unclean or crowded conditions. Other risks include infestation by body lice… refuse accumulation, accidents, fire and risks associated with living on contaminated land.’

Aware of the critical force of their conclusions yet apparently hopeful of influencing official policy, the authors tread a delicate line. On the one hand they seek to engage with ‘Best Value’ as a potential tool of social inclusion, on the other they recognise the futility of reducing human misery to a simple analysis of costs and benefits. The tension is apparent in the language of the report–for the most part measured and legalistic, but with an undercurrent of anger that from time to time surfaces.

As to the likely response of New Labour to the plight of travellers, the TLRU study has few illusions. It points out that travelling people ‘are invisible within almost every document and programme emanating from central government’, from housing policy to the national census. New Labour’s attitude to Gypsies is summed up by Jack Straw’s description of ‘so called travellers’ ready to ’cause mayhem in an area, to go burgling, thieving, breaking into vehicles, causing all kinds of other troubles, including defecating in the doorways of firms.’ With David Blunkett now at the helm of the Home Office, in full cry against asylum-seeking Roma people from Eastern Europe, the outlook for Britain’s Gypsies and travelling people looks no less bleak. 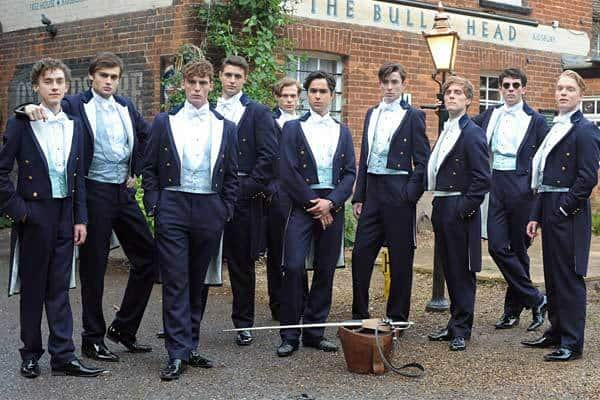