The mirror and the light

The final book in Hilary Mantel’s trilogy about the sixteenth century statesman Thomas Cromwell has finally arrived. The success of the previous books—Wolf Hall (2009) and Bring Up The Bodies (2012)—made Mantel a superstar among authors and the publication of the final part of the story has been afforded the sort of saturation media coverage more usually associated with the likes of the Harry Potter franchise than with serious literature.

For once the media hype and anticipation is justified. This is a brilliant novel about class and class-conflict and the role individuals play in making history.

Mantel achieves something remarkable in her version of Cromwell’s life and times. Through brilliant prose, rich in sensuous detail, she draws the reader into an entirely credible recreation of the early sixteenth century. Mantel never treats her narrative as coming from the dead past.

Her characters are living in their present. Their future is mapped out through the limited options before them. They are making history but not in conditions of their own choosing. As a result, her chronicle reads as the vivid life experience of real people and, though her eyes, familiar historical events surprise and shock again.

But Mantel also has an eye to the bigger historical forces at play in the life-story of Thomas Cromwell. She understands the momentous historical upheavals that shaped his life and times. In The Holy Family (1844) Marx and Engels wrote: “history does nothing, possesses no enormous wealth, fights no battles.

It is rather man, the real, living man, who does everything, possesses, fights. It is not history, as if she were a person apart, who uses men as a means to work out her purposes, but history itself is nothing but the activity of men pursuing their purposes.”

Mantel brilliantly captures the spirit of this truism in the mirror and the light.

The novel opens in the may of 1536. Thomas Cromwell, the blacksmith’s son from Putney has worked his way up to the centre of government picking up numerous honours and titles in a meteoric career. In less than a decade Cromwell has become both Master Secretary and the Lord Privy Seal to Henry VIII and even has a religious role as “Viceregent in Spirituals”

As Jane Seymour, the new queen, notes: “it is he who does everything in England. I did not understand that, til one of the ambassadors told me. He marvelled that one man could have so many posts and titles. It is a thing never seen before. Lord Cromwell is the government, and the church as well.”

But Cromwell has a greater agenda than “getting on”. In securing a divorce for Henry from Catherine of Aragon, Cromwell has broken England from the catholic church and the power of the papacy. In the mirror and the light he is looking to extend and secure the reforms which have brought down the monasteries and which are giving birth to a more efficient state machine: “if an evangelical alliance were also a diplomatic alliance, there is the chance of a new Europe with new rules. But for now, we are still playing by the old ones.”

Mantel’s Cromwell is a pioneer, embodying the best and worst qualities of the rising bourgeoisie. He is a multi-lingual banker, speculator and lawyer who knows how to get things done. He is as ready to make wafers for the queen and scrape an infected membrane from a sick greyhounds’ eyes as he is to carry out the reformation of the Church of England.

Cromwell has confidence in the economically dynamic and ascendant bourgeoisie. In bring up the bodies Mantel lets her Cromwell explain its power to the wayward aristocrat Henry Percy: “the world is not run …from castle walls, but from counting houses, not by the call of a bugle but by the click of an abacus…”

But Thomas Cromwell’s tragedy, stunningly rendered by Mantel, is that his society remains subordinate to the feudal lords.

The limits to his ambition are spelt out to him by Margaret Pole, the Countess of Salisbury: “you speak of new times and engines. These engines may rust before you wheel them out to the fight. Do not join battle with the noble families of England. You have lost before you ride out. Who are you? You are one man. Who follows you? Only carrion, crows, bone-pickers. Do not stop moving or they will eat you alive.”

The higher he advances the clearer Cromwell sees the limits of what he can achieve. He is constantly reminded by his aristocratic enemies – both catholic and protestant – that he is of “common stock” with “vile blood”. Cromwell relies entirely on the patronage of Henry VIII and the king vacillates. Henry’s final loyalty is to the nobility on which his power rests.

Though Cromwell believes the changes he is making to English society “can never be undone, not by any power on earth” he also understands that: “not prayer nor bible verse, nor scholarship nor wit, nor grant under seal nor statute law can alter the fact of villain blood. Not all his craft and guile can make him a Howard, or a Cheney, or a Fitzwilliam, a Stanley even a Seymour: not even in an emergency.”

Though at one-point Cromwell swears that “even if Henry does turn, i will not turn. I will make good my cause in my own person. I am not too old to take my sword in my hand” he is premature. It would be another century after his death before the English bourgeoisie would take power through an armed uprising.

Thomas Cromwell’s end is no secret. The changes he helped carry through in English society may not have been undone, but he was.

The chasm between Cromwell’s political vision and the social constraint which prevent him realising that vision is the stuff of high tragedy and Mantel makes the very best from her source material.

Mantel has been criticised for making Thomas Cromwell such a sympathetic character. She has been accused of playing fast and loose with history. I don’t recall such criticism being laid against Robert Bolt’s man for all seasons (1960) which covers the same period as Mantel’s trilogy. That is seen as a classic despite its glorification of Thomas More as a great champion of individual conscience – very much against the historical evidence.

Mantel is faithful to historical facts – it’s her interpretation of them which has upset her detractors. What i suspect really annoys her critics is that Mantel understands history is something greater than a list which divides key players into saints or sinners.

Above all Mantel understand the vital importance of history. In her 2017 Reith Lecture for the BBC she argued that: “history, the study of history is a revolutionary study. If things were not always as they are now, they could be different in the future. They could even be better.”

The mirror and the light has a telling sequence, perhaps written as a riposte to Mantel’s critics, in which Cromwell asks Hans Holbein to paint the forgotten kings of England insisting: “there is nothing against the recreation of the dead as long as they are plausible”

Mantel’s recreation of the dead in her Cromwell trilogy has not only been entirely plausible – it is a magnificent achievement. 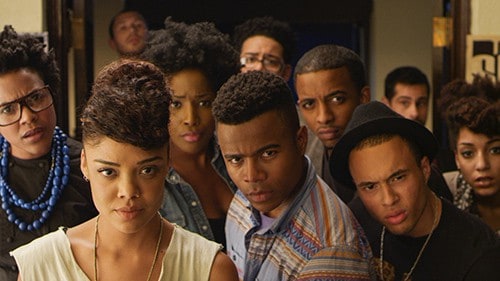