From the gripping opening page of Donna Tartt’s new novel, you know you are on unfamiliar ground. The book is set in the American Deep South–home to poisonous snakes and redneck preachers, a place of sweltering heat and exotic plants.

The book begins with the shocking murder of a much loved nine year old boy, Robin. The story then jumps forwards a few years and describes the impact of the murder on Robin’s relatives–his eccentric aunts, his devastated mum Charlotte and his sisters Harriet and Allison.

Harriet becomes the centre of the novel. She is a brilliant character, feisty, brave and determined–particularly determined to find her brother’s killer. Harriet enlists the help of her friend Hely and their search for the murderer leads them to confront a dark adult world and face up to real dangers. Her suspicions centre on the Ratliffe family.

The Ratliffes are real rednecks. They live in filthy trailers. They make their own speed. They have all been in and out of prison more times than they can remember. And their favourite pastimes include domestic violence and taking pot shots at black people. In contrast Harriet’s family represents the fading genteel elegance of the old South. Harriet’s aunts remember living in a mansion straight out of ‘Gone with the Wind’, with two staircases and chandeliers. It was called Tribulation. The family was brought low by madness and deceit. But they all still have black servants to whom they are casually, almost unthinkingly, racist.

We see how horrible the prejudice and bigotry look through the eyes of a child with an acute sense of justice. This aspect of the book has been compared to ‘To Kill A Mockingbird’ in which children also see through the racist prejudices of the adult world. The book is marked by abrupt changes of pace. It meanders along in a leisurely way, loaded with lyrical descriptions of flowers, plants, dreams and observations on life. Sometimes it feels as if is has been written in real time, as moments tick by. Then it suddenly sweeps forward into moments of real suspense and tension.

Some reviewers found the novel’s style too long-winded. I thought it was like a grand 19th century novel that you get inside. You have time to get under the characters’ skins and to move around in the world they live in. They are brilliantly drawn and utterly believable. The tensions of race, class, and age are powerful and at times shocking.

Donna Tartt became a literary sensation with her first novel ‘A Secret History’, which was about students, murder, classical literature, drugs and sex. It is a brilliant, intelligent and thrilling novel which is now on sale again everywhere. ‘The Little Friend’ took ten years to write and it shows. It reads as if every word has been carefully chosen, every image weighed up and every twist of the plot placed with great precision. It’s a challenging, fascinating novel that deserves to be read. 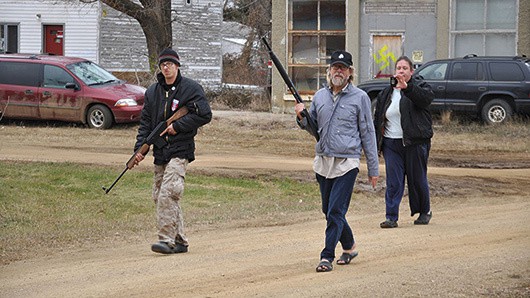