This film is one long interview between US film director Oliver Stone and Fidel Castro, with a few clips and music in between. However, before you start yawning, it is quite entertaining and it is a must-see for anybody who still thinks of Castro as some kind of revolutionary leader.

Stone has long held Floridian Cuban exiles responsible for distorting US politics to suit their right wing needs. By just going there, in these climes, he is proving himself a friend of Cuba and an enemy of all those righteous swine who run the White House. The portrait he presents is sympathetic but not sycophantic. And it is not just what Castro says but what the pictures tell us about him which are revealing.

El Comandante wears Nike trainers and has busts of Lincoln and Napoleon in his office. He travels around in a big black Merc (everyone else seems to drive cars from the 1950s). He tells us that Nixon, who he met in 1959, was a small-minded, vain politician. Castro‘s fine manicured hands and nicely pressed combat uniform tell us that Nixon is not the only vain politician here. The more he says, the harder it becomes to see what the US has against him. He sounds more like Ken Livingstone than Che Guevara.

Cuba came under the US hammer for the same reason Vietnam did. After the Second World War two great superpowers, the US and the USSR, divided much of the world between them. What was left was fought over, not directly but by proxy. Foreign policy at this time was to deny the other side as much territory, and thus resources, as possible. The Eisenhower administration chose not to embrace the new Cuban regime that had overthrown the corrupt dictator Batista – instead it would punish it. In the film Castro says he became ’communist‘ and aligned with the Russians only after vital sugar and oil were denied Cuba by the US.

Stone‘s questions are very good as well. He asks if revolution against the New World Order is possible. Castro replies, ’Let‘s say that change, rather than revolution, is possible.‘ This is contrasted to archive footage from the Cuban Revolution when an angry Fidel announces the nationalisation of the US-owned United Fruit Company to vast cheering crowds. He insists that all the people love him and is indeed mobbed as he goes about with Stone and the cameras. He talks about the regime‘s achievements in the face of 43 years of US trade sanctions – especially education, where now, he says, even the prostitutes have degrees.

Occasionally though you get flickers of ordinary Cuban life. Having never been there, everything seems run down, a sort of sunny Hackney. The revolution was a great thing but, like Castro who runs the place, it seems to have lost its way. When asked about the use of repression he says, ’You will not find a picture in the last 43 years of the police oppressing people.‘ The oppression of gays was due to a culture of ’machismo‘ and is gone now while religion is not an opiate of the people ’if religion is used to create values to do good or for consolation‘, then there is a clip of him hugging the Pope. It is obvious from what he says that he does not conceive of spreading any more revolutions, but instead now seeks to accommodate the very system he claimed to have overthrown all those years ago, when Che was alive and Vietnam hadn‘t even happened. 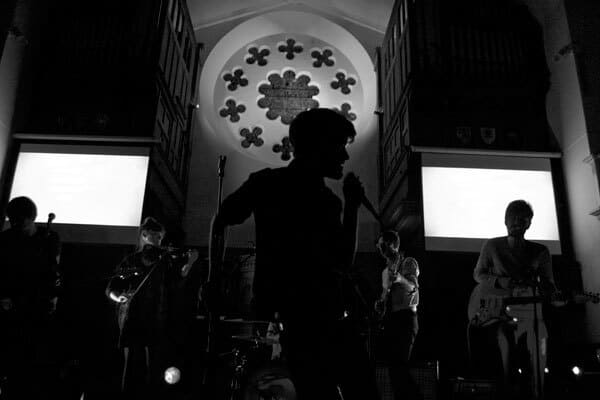