More to my book than your review suggests

Thank you for publishing a review of my new book The Realm of the Punisher (February SR). I would like to politely take issue with a couple of points raised by the reviewer.

Although this may be a matter of subjective interpretation, I’d query the assertions that “verbatim interviews with writers and activists tell us little about resistance movements in the Philippines” and that the book only “briefly touches on…examples of collective resistance”. There are entire chapters devoted to, among others, slum-dwellers campaigning against eviction by a large property company, a Marxist environmentalist who explains his co-operative’s policy of converting jeepney buses to run on clean energy, a women’s rights activist who details her organisation’s efforts to help victims of sexual violence, and an indigenous rights advocate who is so committed to resisting Duterte that she has won a place on his assassination list.

“Many of the Filipinos I’d met knew how to think critically and stand up for themselves when needed. Unlike Britain, where we’d been whingeing about the lack of a proper left politics since the 1980s, Manila had plenty of brave, selfless activists devoted to the downtrodden, no matter the odds heaped against them.”

Finally (I promise), I would dispute that I “[lean] towards individual psychology” in my “attempt to understand Duterte”. Of course I try to offer insights into the man’s mental state, but there’s also a lot of material on his political dealings with the Philippine left, the cacique political tradition he arguably belongs to, and the hypocrisy of Western elite liberal criticisms of him and his drug war.

Anyway, I offer the above comments in the spirit of friendship and will continue to read Socialist Review with relish. 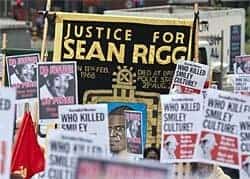